You took the British government to court over its refusal to give Parliament a vote on triggering Brexit. Why?

Because the government put itself above the law and said that it could bypass the sovereign Parliament and take the U.K. out of the E.U. I felt I would go and seek the advice of the courts, so that’s what I did.

Was your legal challenge an attempt to stop Brexit?

There was not a single word in our court case about Brexit. It was not about Remain or Leave. It was about the basis of our constitution, which is that Parliament is sovereign.

You won your case in the Supreme Court, but at the cost of becoming widely despised by Leave voters. Do you regret sticking your neck out?

No, because at the end of the day I’ve always been a campaigner. People don’t like it when you expose them. I’ve always thought you need to expose those who have conflicts of interest and those who are not standing up for what’s right in our society.

You’ve been the victim of online bullying. Has it changed your life?

It’s not just online. People have put stamps on letters and sent me death threats. Somehow the extreme elements of our society think it’s O.K. not just to be vocal about their views but to take actions. People told me they would kill my children in front of me. I now have full security. I never travel on public transport, I don’t go out on weekends. Every single part of my life has changed.

Your new campaign promises to help fund 100 pro-Europe election candidates. Is this really about democracy, or is it about overturning the referendum result?

It’s about defending our democracy, because if we end up with a Conservative landslide, then Westminster becomes an echo chamber, and that is not good for us. We are a cross-party, apolitical campaign asking the public to back candidates who they believe would stand by their principles. On Brexit, our candidates will support a meaningful vote on the negotiated E.U. package, rather than this binary deal or no deal that Prime Minister Theresa May is offering.

You also want people to vote tactically to resist Brexit. Is there any evidence strategic voting can work?

The 2015 election in Canada was thought of as a foregone conclusion, but in fact the strategic-voting campaign became a political game changer. Even Prime Minister Justin Trudeau acknowledges that he came to power due to it. That’s exactly what we’re trying to do here.

Polls suggest that May could win a majority of 100 seats in the general election. What can you hope to achieve?

It’s about reducing that landslide as much as we can to ensure that there are different voices in Parliament. An amazing success would be getting that Tory majority down to between 20 and 30 seats. One of our goals is to increase turnout, because at the moment polls are indicating voter fatigue. That’s especially important to young people, because Brexit will have an impact on the rest of their adult lives. They will live with the consequences.

Would you ever run for office yourself?

I can’t say 100% for the future, but [right now] I would not be able to fulfill what I believe a Member of Parliament should do. Going into politics, you have to bow to the central party, and that limits your possibilities. I’ve never been somebody you could keep in a box. 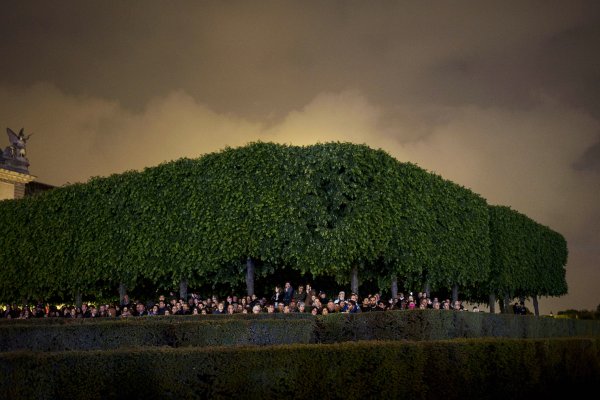 Why the War Between Globalism and Nationalism Is Just Getting Started
Next Up: Editor's Pick