Kellyanne Conway accused CNN’s Anderson Cooper of sexism Thursday after he rolled his eyes at her during a heated exchange on his show earlier this week.

Conway made the claims during an appearance Thursday morning on “Fox & Friends” when she was asked about the eye roll. “Hillary Clinton is in search of sexism as a lame excuse for why her disastrous candidacy and campaign lost six months ago,” Conway said on Fox. “I face sexism a lot of times when I show up for interviews like that.”

Cooper did not immediately respond publicly to Conway’s accusation.

The eye roll happened when Cooper played a montage of video clips showing Donald Trump praising Comey on the campaign trail, which he then followed with a question about the President’s firing of the FBI director. Conway responded by bringing up that Trump won Michigan.

The exchange has since gone gone viral, with many taking to Twitter to support Cooper’s reaction.

But Conway said she thought people would have reacted differently if she wasn’t the target.

“Could you imagine…having a male anchor on the network roll eyes at Hillary Clinton, at somebody, a female representative spokeswoman for President Obama or President Bill Clinton? I think not,” Conway said during her appearance on “Fox and Friends.”

Watch Cooper’s full interview with Conway below (the eye roll occurs just after the 10-minute mark). 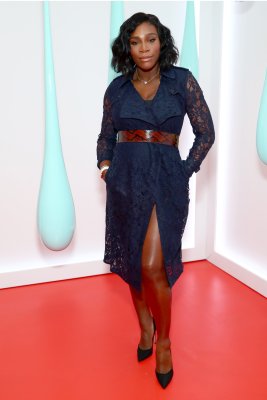 Serena Williams Had the Most Luxurious Bridal Shower
Next Up: Editor's Pick