President Trump Is More Unpopular in France Than Vladimir Putin

President Donald Trump doesn’t have many fans in France.

Former President Barack Obama was the most popular of current and former world leaders measured in the study with just 7% of French voters viewing him unfavorably.

The survey was released last week just before France elected centrist Emmanuel Macron — who was the most popular candidate among French voters surveyed, though 51% of them viewed him unfavorably, compared to 68% who viewed his far-right opponent Marine Le Pen unfavorably.

The Suffolk University survey of 1,094 French voters, conducted between April 28 and May 2 ahead of the French election, had a margin of error of plus or minus three percentage points. 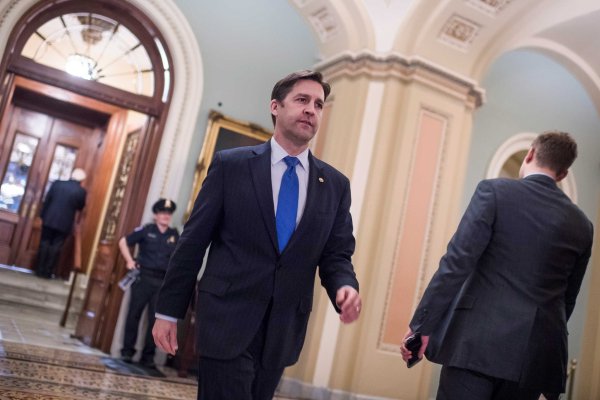 How Senator Ben Sasse Became the Anti-Trump
Next Up: Editor's Pick