James Comey says he ‘will be fine’ in memo to FBI

Ousted FBI Director James Comey told his former employees he “will be fine” after President Donald Trump fired him earlier this week. In a brief letter first published by CNN, Comey wrote: “I have long believed that a President can fire an FBI Director for any reason, or for no reason at all. I’m not going to spend time on the decision or the way it was executed. I hope you won’t either. It is done, and I will be fine.”

Actor Michael Parks, who appeared in Kill Bill and Twin Peaks, has died at 77, according to the Associated Press. Parks was perhaps best known for his work with directors Quentin Tarantino and Kevin Smith.

People who have been diagnosed with HIV in recent years are living about a decade longer than those who were infected in the mid 1990s, a new study has found. Researchers point to improved health care and the introduction of anti-HIV drugs for the longer life expectancy.

Students jeered and turned their backs on Education Secretary Betsy DeVos during her commencement address at a historically black university.

First Lady Melania Trump is joining her husband on his first foreign trip as president.

The CIA has set up a mission center to address the North Korea threat.

The Senate has voted against repealing Obama-era limits on methane emissions.

Airline customer satisfaction is actually improving, according to a newly released survey.

Inmates at a Chicago jail can now order pizza to be delivered to their cells. 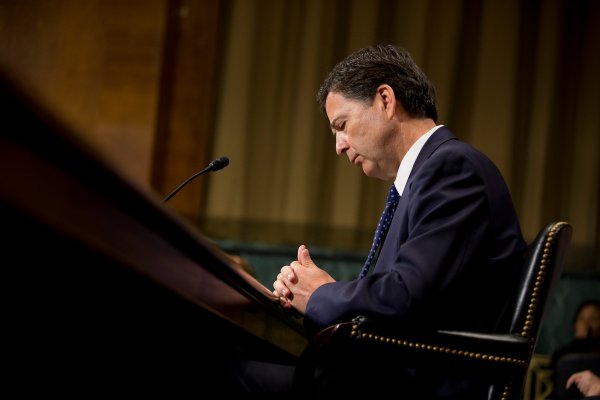