The White House said Wednesday that President Donald Trump had been considering FBI Director James Comey’s termination since the day he was elected, but wanted to give him a chance in the role first.

“The President lost confidence in Director Comey and frankly he had been considering letting Director Comey go since the day he was elected,” Deputy White House Press Secretary Sarah Huckabee Sanders said during the daily briefing.

Sanders added that Trump had a “conversation” with Attorney General Jeff Sessions and Deputy AG Rod Rosenstein on Monday, who had approached the president with his own concerns and was asked to put them into writing.

Trump fired Comey on Tuesday evening, telling him in a letter that new leadership was needed to restore trust in the FBI. In his letter, which the White House publicized, he cited recommendations from Sessions and Rosenstein, who argued in a memo, also publicized, that Comey’s handling of Hillary Clinton’s private email server should be grounds for his removal.

But the statement that Trump lost confidence in Comey contradicts what both he and his administration said about the former FBI Director as recently as last week.

“I have confidence in him,” Trump said last month in an interview with Fox Business’ Maria Bartiromo. He did, however, acknowledge that it wasn’t too late to remove him. “We’ll see what happens,” he told Bartiromo.

And just one week ago, on May 3, White House Press Secretary Sean Spicer told reporters the president had “confidence” in Comey after he was asked why Trump was tweeting about the now-former FBI director giving Clinton a “free pass for many bad deeds,” presumably by deciding not to charges against her in her email case.

“His point was after some of the comments that were made yesterday regarding the reason for the outcome of the election,” Spicer said at the time. “I think he just wanted to make it clear what exactly happened.” 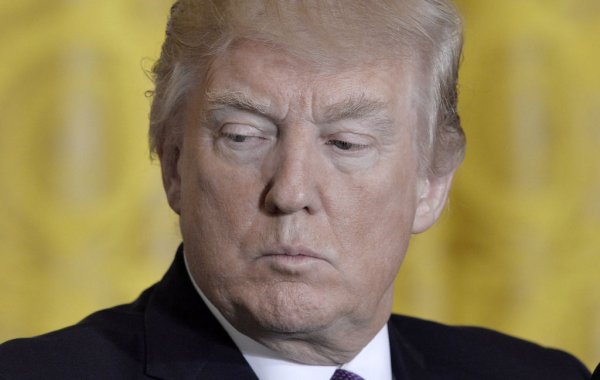