How President Trump's Opinion of James Comey Has Changed

As the investigation into Hillary Clinton’s use of a private email server developed last year, Trump accused Comey of participating in a “rigged system” but later praised his “guts.”

Here’s how Trump’s public comments on Comey have evolved:

‘Our system is absolutely, totally rigged’

“Today is the best evidence ever that we’ve seen that our system is absolutely, totally rigged. It’s rigged,” Trump said at a campaign rally on July 5, 2016, condemning Comey’s recommendation that no criminal charges be brought against Clinton for her use of a private email server as Secretary of State.

In a video posted on Twitter on Oct. 17, 2016, Trump accused the FBI of colluding with the Department of Justice and the State Department to protect Clinton, decrying a “rigged” system.

In an interview with ABC News on Oct. 27, 2016, Trump again accused Comey of corruption.

“He made a mistake. OK?” Trump said. “I don’t even call it a mistake. I think something happened.”

“I think somebody talked to him,” he added, referring to the reason Comey decided to recommend no criminal charges against Clinton.

‘He brought back his reputation’

Trump praised Comey’s late-October announcement that the FBI was examining additional emails, months after the bureau closed its investigation into Clinton’s emails.

“And I have to give the FBI credit,” Trump said at a rally on Oct. 31, 2016. “That was so bad what happened originally. And it took guts for Director Comey to make the move that he made in light of the kind of opposition he had, where they’re trying to protect her from criminal prosecution. You know that. It took a lot of guts. I really disagreed with him. I was not his fan, but I’ll tell you what: What he did, he brought back his reputation. He brought it back. He’s got to hang tough because there’s a lot of people want him to do the wrong thing. What he did was the right thing.”

Trump also chided Comey on Twitter for not making such a move sooner. “Original evidence was overwhelming, should not have delayed!” he wrote on Twitter.

‘I respect him a lot. I respect the FBI a lot’

Asked during a post-election 60 Minutes interview if he would retain Comey as FBI Director, Trump said he respected Comey and the FBI.

Pressed further about his criticism that the FBI was leaking information, Trump said he hoped to talk to Comey further.

‘He’s become more famous than me’

At a White House reception on Jan. 22, shortly after his inauguration, Trump warmly greeted Comey with a hug and handshake, joking, “He’s become more famous than me.”

‘Comey was the best thing that ever happened to Hillary Clinton’

Ahead of Comey’s testimony before the Senate Judiciary Committee last week, Trump again criticized Comey and accused him of giving Clinton a “free pass for many bad deeds.”

“FBI Director Comey was the best thing that ever happened to Hillary Clinton in that he gave her a free pass for many bad deeds! The phony Trump/Russia story was an excuse used by the Democrats as justification for losing the election. Perhaps Trump just ran a great campaign?” Trump said on Twitter on May 2.

‘You are not able to effectively lead the Bureau’

In a letter to Comey dated Tuesday, Trump said he agreed with a recommendation from the Justice Department that Comey be removed from office, based on his handling of the Clinton email investigation.

“I have accepted their recommendation and you are hereby terminated and removed from office, effective immediately,” Trump wrote, adding that he believed Comey was “not able to effectively lead the Bureau.”

“It is essential that we find new leadership for the FBI that restores public trust and confidence in its vital law enforcement mission,” Trump wrote. “I wish you the best of luck in your future endeavors.” 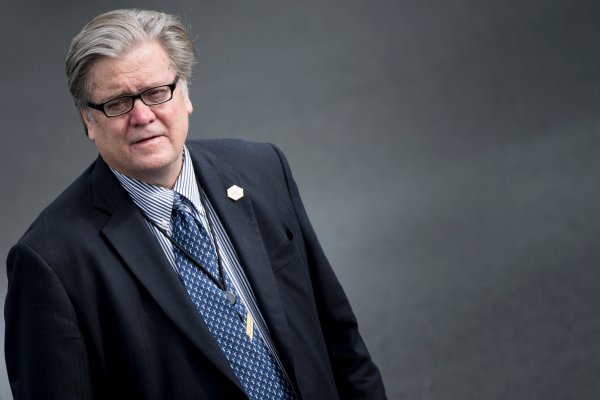 'You're Fired.' Here's Who Donald Trump Has Removed as President
Next Up: Editor's Pick