I'm a Man Who Was Sexually Harassed by a Woman

Dimitri Vervitsiotis—Getty Images
Ideas
By Josh Levs
Josh Levs is the author of All in: How Our Work-First Culture Fails Dads, Families, and Businesses–And How We Can Fix It Together.

As details have leaked of the ways former Fox News employees Roger Ailes and Bill O’Reilly allegedly sexually harassed women, I’ve been struck personally. It’s not that the behavior, which both men deny, surprises me — sadly, it doesn’t. I’ve been struck because aspects of certain situations described have similarities to what I once experienced.

However, I’m a man, and the person who carried out this behavior is a woman.

In the wake of Ailes’ and O’Reilly’s departures from Fox, a lot of the conversation around this issue has focused on the need to stop the scourge of sexual harassment against women. But this isn’t a battle for women to wage alone. It’s up to all of us to work together to build better, safer work environments.

I hope that by sharing my story, I’ll help more men feel comfortable joining the battle.

At the beginning of my career, I spent time working in media. One small company where I interned assigned me to do a project with a woman who was senior at the company.

She informed me that she liked to work late at night — well past midnight, when no one else was there. From our first interactions with each other, she began asking me when I was going to take her out. Then, she informed me that she had decided we were going to have sex. She spoke graphically about my body and asked me to draw pictures of myself naked. When I declined, saying that wasn’t appropriate, she drew what she imagined my body looks like and asked me to tell her how accurate it was.

I tried to navigate the situation carefully, playing it off as though I thought she was just joking. One negative word from her about me and the company would have dropped me altogether. She tried to use that as leverage, emphasizing the sway she could have.

As we worked together night after night, I tried to stay on her good side by thanking her for teaching me about the business, smiling a lot and, most importantly, doing my job well. No matter what I said or did, she veered back to sex. We sat together in a small area, where she instructed me to sit farther from the door and closer to her, so that she could block my path in and out with her body every night.

At times, she confronted me with some hostility. “You’re never going to take me out, are you?” I tried to smile it away, noting that I was interning and that it wouldn’t be appropriate. Then she started grilling me on why I didn’t want her.

Eventually, the project was completed, and I was able to get new assignments working with other people. I kept whatever distance I could. Soon, I got my big break. My position changed, along with my power. She dropped the effort.

I’ll never know what may have happened if I had taken action at the time this happened. But even looking back, I still believe that if I had tried to complain, nothing good would have come of it. Like Megyn Kelly says of Fox, launching a battle over her allegations while awaiting her big break would have been a career “suicide mission” there was “no one to report to” and “the only one who would have been brought down was me.” Kelly says she did mention it to someone who had an obligation to report it. As an intern at a media company, the person I was reporting to was the woman harassing me, and it seemed like a catch-22.

Eventually, my former harasser left the company. She was freelancing and not in a position to exercise that kind of power over anyone else.

I recognize that there are differences between my story and what many women face. I was never afraid she could successfully force herself on me or hurt me physically. I wasn’t worried about an overall climate of sexual harassment in the building. And, unlike what Gretchen Carlson alleges happened at Fox, for example, I did not experience career consequences for turning down the advances. Overall, cases of men who report being sexually harassed by women are just a sliver of the total. . And women are less likely to hold higher-ranking positions in which they could exert as much authority as Ailes.

Still, there are elements that resonate.

When women speak out, there are some sexist morons who respond with predictable drivel: “She was asking for it.” “She should feel flattered.” “She kept being nice to him afterward, so how could this really have happened?” People could have said that about my situation. They are all nonsensical statements.

There’s nothing flattering about harassment. It’s deeply disconcerting, even frightening. People need their jobs and aspire to advance their careers. When your body and sexuality are treated as a commodity, you can quickly feel disempowered. “Have sex with me, and I’ll help your career” isn’t a come-on. It’s a threat.

It’s unknown just how many men have experienced sexual harassment in the workplace. About one in six charges with the Equal Employment Opportunity Commission this decade have been filed by men. But researchers believe men may be even less likely than women to report what they experience. 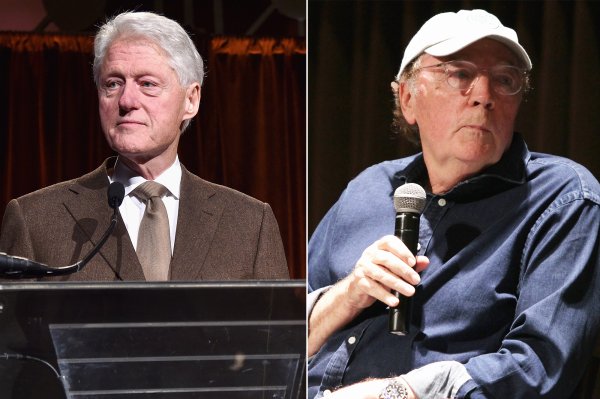 Bill Clinton and James Patterson Are Writing a Novel
Next Up: Editor's Pick