Body Cameras Help Everyone — Including the Police

Boston Police Superintendent in Chief William Gross wears a body camera during a press conference at Police Headquarters in Boston on Sept. 20, 2016.
Jessica Rinaldi—Boston Globe via Getty Images
Ideas
By Maya Wiley
Wiley is Board Chair of the NYC Civilian Complaint Review Board.

In Balch Springs, Texas, where a police officer recently shot and killed 15-year-old Jordan Edwards as the teenager’s car was driving away. The police department had video that showed what happened was inconsistent with the officer’s initial statement, thanks to the body-worn camera on the officer. Three days after Jordan was killed, the officer who shot him was fired and now faces murder charges.

As the investigation continues, one thing is absolutely clear — video technology is shaping our world, particularly in the context of police oversight.

Technology is neither good nor bad. It’s what we make it. Last month, the New York City Police Department (NYPD) expanded its body-worn camera pilot program for patrol officers. As the program sparks healthy debate throughout the City and the country, I believe there is both a challenge and an opportunity in using this new technology — with privacy and justice as shared priorities. Concerns about how data will be collected, held, used and shared are legitimate. Yet body-worn camera footage — just like bystander and surveillance video — can be a tool for police accountability and for supporting officers who behave lawfully.

Video footage provides investigators objective details of incidents. The CCRB recently analyzed allegations of misconduct in New York City over the last five years, and it found that these recordings help the CCRB make more determinations in allegations of police misconduct than in those without video. Currently, much of this footage is from civilians and CCTV.

The CCRB considers an allegation determined “on its merits” if there is sufficient credible evidence to determine what happened. That could mean we “substantiate” the allegation (it happened and was misconduct), find that it didn’t happen or find that it happened, but the officer behaved lawfully. Thanks to video footage, CCRB has been able to substantially increase the cases we resolve. Last year, the CCRB closed 57% of allegations with video evidence on the merits compared to 45% of allegations without video. In 2015, those numbers were 56% and 41%, respectively. In 2014, the agency closed 53% of allegations with video on the merits” compared to 39% without video that year.

Often, a civilian and a police officer will have different accounts of what happened. A video can tip the balance where we have to show that the evidence supports one version over another. This independent verification benefits all parties. Over the last five years, on average, the CCRB was able to substantiate police misconduct with video at twice the rate of misconduct without video — 18.6% compared to 9.3%.

Video may not be definitive in every allegation within every complaint, but it can help significantly. Body-worn cameras provide investigators with another source of evidence so we can better understand an incident and make an appropriate determination.

Civil rights groups are right to stay vigilant about footage being recorded, stored and utilized in a manner that respects the privacy of minors, victims of sexual assault and any person who may be recorded initially as a subject in an incident but isn’t ultimately determined to have a role in a crime. Some communities — particularly communities of color — have legitimate concerns about being overly surveilled. And advocates also call attention to questions of access to body-worn camera footage between police officers and defendants. CCRB will monitor this issue and ensure officers aren’t abusing access to video to tailor their statements, interviews, and reports to the footage.

The NYPD lacks comprehensive guidance for when an officer activates and deactivates their recording device, and for clear exemptions for use while on patrol. As the pilot continues, the NYPD must develop an inclusive process with stakeholders like the CCRB, civil rights groups, and advocates, to ensure our city has rigorous and well-informed body-worn camera policies.

But video helps curb misconduct by officers and civilians alike. It helps determine what may have happened in police misconduct cases. Because of this, investigators at the CCRB must have direct access to view relevant footage to aid in investigations of misconduct. This is a standard among some police departments, including Washington D.C.’s Metropolitan Police Department. If implemented, it would allow the CCRB to hasten investigations, which is good for all involved in allegations of misconduct. 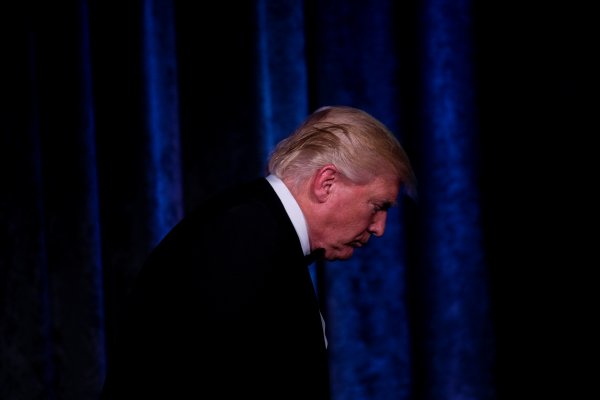 Andrew Jackson Is the Perfect Icon of Selfishness for Trump
Next Up: Editor's Pick