“In 2002, I was standing on this stage and MTV had given Paul Walker and I an award for best duo,” Diesel recounted. “And now, 15 years later, I’m with my whole family and you’ve given us the Generation Award.” Walker passed away in a car accident in 2013.

“I gotta thank a generation that was willing to accept this multicultural franchise, where it didn’t matter what color your skin was or what country you were from. When you’re family, you’re family,” Diesel added. “And I could never stand on this stage and talk about Fast and Furious without giving love to my brother Pablo, our brother Pablo. We hope you’re proud.”

The latest installment in the mega-series, which came out in April, broke box office records in its premiere weekend, raking in an estimated $532.5 million; by the end of the month, it had crossed $1 billion in ticket sales. It’s the first Furious movie to not feature Walker, although his legacy clearly still looms large when it comes to the the beloved action-packed franchise, and the next film is already slated for a 2019 release. 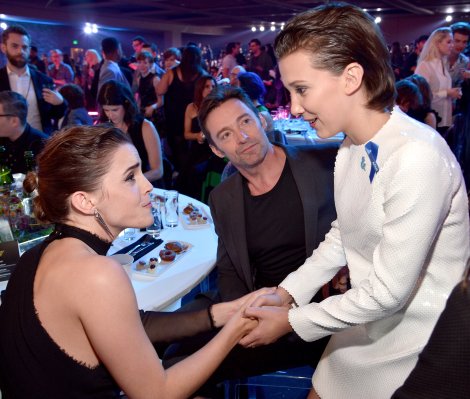 Eleven Meets Belle With Wolverine in This Amazing Picture From the MTV Movie & TV Awards
Next Up: Editor's Pick