Kasich, who challenged President Donald Trump in the 2016 Republican primary, said on CNN’s “State of the Union” that the Republicans “were just trying to fulfill a campaign promise” and “should’ve worked with the Democrats” on the American Health Care Act.

Kasich said 700,000 people in Ohio use Medicaid, and many them have a mental illness, drug addictions or chronic diseases. He said the Medicaid cuts proposed in the bill would hurt these individuals, who would have to move to exchanges and pay high deductibles.

“I don’t have a problem trying to move the Medicaid expansion, which gives an enhanced match from the federal government, to a more traditional match, but you can’t do that overnight,” Kasich told CNN.

“How do we think that the mentally ill have the ability to pay the deductible on an insurance policy that they have that they can buy for $3,000?” he said. He added that people who will be impacted by the bill will be “living in the emergency rooms again.”

On “State of the Union” earlier Sunday morning, Health and Human Services Secretary Tom Price defended the cuts to Medicaid, saying they will give “states greater flexibility” under the bill. However, Kasich is wary the cuts would make it difficult for states to provide enough resources.

The bill will now face the Senate, and Kasich hopes senators rewrite the bill to be more comprehensive.

“This was not great, and it will go to the Senate,” he said. “And I hope and pray that they are going to write a much bigger bill.”

“I’m concerned about how this is going to affect people who find themselves in a very difficult position,” Kasich added. 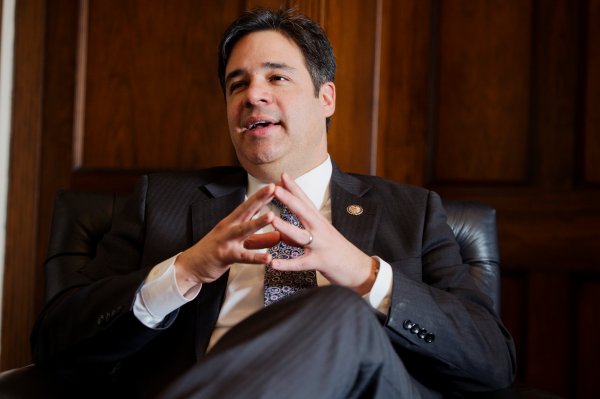 GOP Congressman Raul Labrador: 'Nobody Dies Because They Don’t Have Access to Health Care'
Next Up: Editor's Pick