The new adaptation of Lucy Maud Montgomery’s classic Anne of Green Gables probes a darker side of the feisty heroine’s story.

Starring Amybeth McNulty as the fiery, imaginative Anne Shirley, Anne With an E tells the tale of an orphan girl mistakenly sent to the fictional town of Avonlea to live with the aging siblings Marilla and Matthew Cuthbert (who actually wanted to adopt a boy). With lines taken directly from Montgomery’s 1908 novel, the revamped story, which hits Netflix on May 12, will feel familiar to longtime Anne fans. But showrunner and creator Moira Walley-Beckett’s seven-episode series uncovers a grimmer backstory, depicting Anne’s abusive past to explain the redhead’s rebellious behavior and expansive imagination.

“Anne’s a survivor,” Walley-Beckett tells TIME. “I think that she chooses to have things to look forward to. She chooses optimism because what else would be there?”

Flashbacks abound in Anne With an E, showing Anne’s difficult life prior to meeting the Cuthberts. In the first episode, Anne hears a baby cry while on the train to Avonlea, sparking a nightmarish flashback of her previous caretaker, Mrs. Hammond, beating and pushing her as Anne tries to take care of the many children in the family. Back on the train, Anne stares straight ahead.

Walley-Beckett, who won multiple Emmys for her work on the decidedly dark Breaking Bad, says she wanted to dramatize Anne’s worst memories to show what the character has had to overcome. Anne’s traumas continue to intrude on her thoughts throughout the first two episodes of the series. Later scenes see her being whipped with a belt by Mr. Hammond, who dies of an apparent heart attack while hitting her, and being bullied by a group of girls who taunt her with a dead mouse.

Anne With an E
Caitlin Cronenberg—Netflix

Such grim moments are not shown in previous onscreen versions of Anne of Green Gables. From black-and-white films in the 1930s and 1940s to the 1985 mini-series that is a staple of Canadian television, Anne has traditionally been portrayed as a girl with a determined, sunny disposition. With Walley-Beckett’s latest interpretation, viewers gain a new understanding of what shapes Anne’s curiosity and boundless enthusiasm for the world.

“Her imagination saved her life,” Walley-Beckett says. “It’s not just that she has a fierce and fantastic brain — which she does. Her imagination is an excellent coping mechanism. With each small item in her carpet bag, she can transport herself.”

Walley-Beckett says she was driven to bring viewers back to Green Gables because the topics mined in the book more than a century ago — including feminism, gender parity, bullying and prejudice — are just as relevant today.

“People, no matter what their circumstances or their class or their race, can relate to this young person who has overcome so many obstacles and who is outcast and who doesn’t fit in,” she says. “Because she’s so forthright and optimistic and fearless in her way, we project ourselves onto her and hope that maybe things will get better for us. 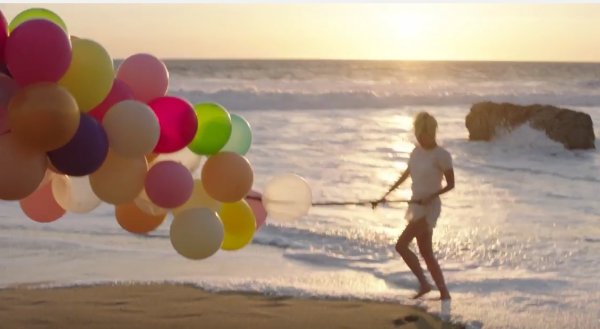 Miley Cyrus Heads to the Beach for Breezy New Tune "Malibu"
Next Up: Editor's Pick