After numerous amendments and five months of public debate, the Republican bill to repeal Obamacare is closer than ever to passing the House of Representatives. Officials said Wednesday night that the House would vote on the bill on Thursday.

President Trump and House Speaker Paul Ryan can afford 23 defections in the Republican ranks if they want to pass a bill. Currently, there are about 18 to 20 members who oppose the bill, according to different counts. That’s at least two fewer “no’s” than yesterday, and more could come on board in the next day.

Here’s how the bill has changed over the past five weeks.

The first draft of the Republican bill, hammered out in large part by Ryan and finalized at the end of March, made two major changes to Obamacare.

Most people who rely on Obamacare subsidies would have seen their subsidies dramatically reduced. Older people get more subsidies than younger, or up to $4,000 per individual. For example, a middle-aged couple in rural North Carolina receiving $10,600 under Obamacare would receive just $6,500 under the Republican replacement. Many would have been unable to afford their plans. It would have helped healthy and young people, and disadvantaged sicker and older people.

Second, the bill would phase out the expansion of Medicaid in states like Pennsylvania and Kentucky, which chose to raise the eligibility from the poverty line to 133% of the poverty line. That would cut off millions who had been covered by Medicaid for the first time.

It also cut taxes on the wealthy (the top 0.1% would see around $200,000 more each year), defunded Planned Parenthood and repealed the individual mandate in Obamacare.

Many lawmakers—including significant numbers of Republicans—opposed the bill. It would have increased the number of uninsured people by 24 million in 2026, according the nonpartisan Congressional Budget Office. It would cause premiums to rise by an average of 15% to 20% in the short-term, though they would eventually fall in the long term. It would reduce the deficit by just around $150 billion, a relatively small amount.

Republican leaders decided on March 31 not to bring the bill to the floor for a vote when it became clear it would fail.

It seemed at the start of April that Republicans had defeated their own effort to repeal Obamacare. But during the April recess, a moderate Republican from New Jersey, Rep. Tom MacArthur, hashed out an agreement with the arch-conservative House Freedom Caucus.

The underlying bill would remain the same.

In a new amendment, however, states would be allowed to opt out of a crucial Obamacare provision that protected people with pre-existing conditions from being charged higher prices.

The so-called MacArthur Amendment said that insurance companies would still be required to cover people with pre-existing conditions; only now, they could charge them higher premiums.

In order to protect those with pre-existing conditions in states that opt-out of the Obamacare rule, there would be a “high-risk pool” to help cover individuals, backed up by federal funds. But the pools have a shoddy history: most are underfunded and charge people as much as 200% more than they would pay for on the open market.

Nonetheless, in the last week of April, the MacArthur Amendment helped swing most of the near-40-member House Freedom Caucus to support the bill.

Still, however, there were numerous moderate Republicans who opposed the bill. The MacArthur Amendment did not allay their underlying concerns; in fact, it pushed the bill farther to the right.

The concern among moderates was that the bill would not adequately people those with pre-existing conditions. The high-risk pools did not seem to be a stable enough protection, many argued, and they would not receive enough funding.

Rep. Fred Upton, a moderate congressman from Michigan who had previously opposed the bill, visited the White House on Wednesday and announced the most recent amendment: $8 billion in federal funding to shore up the high-risk pools.

That was enough to sway another member, Rep. Billy Long of Missouri, and as of Wednesday afternoon, several moderates said they could reconsider the bill.

Still, the $8 billion will likely not be enough to cover shortfalls in the high-risk pools.

And all of what moderates disliked about the first version of the bill will remain in place.

Now there is talk about a vote this week, before the bill can get a score from the Congressional Budget Office, as is customary.

The question is whether all the amendments were enough. 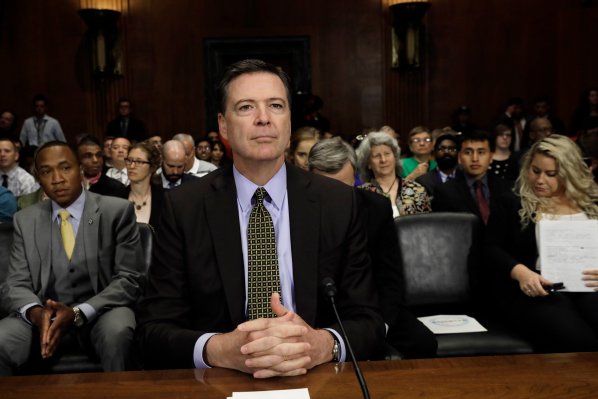 Comey: Weiner Was Sent Clinton Emails
Next Up: Editor's Pick