The Weird Way Antibiotics May Affect Your Nutrition

Kudos if you’ve already incorporated whole grains into your regular diet: Among other benefits, eating more of these fibrous foods has been linked to a reduced risk of heart disease, diabetes, and cancer. One reason may be because whole grains are good sources of lignans, antioxidant-rich compounds also found in seeds, legumes, and other plant sources.

But if you’ve taken an antibiotic recently, you may not be benefiting from all the good-for-you nutrients that whole grains can provide. According to a recent study published in Molecular Nutrition & Food Research, antibiotic use was associated with lower levels of enterolignans—the metabolized form of lignans—in the body.

The study suggests that antibiotic medications may disrupt bacteria in the gut, preventing it from converting plant lignans into this beneficial form. Enterolingans have a chemical structure similar to estrogen, and have been shown to be protective against the development of breast cancer.

To examine these potential effects, researchers at Aarhus University in Denmark examined diet questionnaires, blood samples, and prescription drug records from more than 2,200 Danes who developed cancer from 1996 to 2009. They found a significant correlation between antibiotic use and lower enterolignan concentrations in the blood, especially among women.

Women who had used antibiotics up to three months before submitting a blood sample had enterolignan concentrations as much as 40% lower than those who hadn’t used the drugs, while men on antibiotics had concentrations up to 12% lower. Even up to a year later after taking antibiotics, levels remained significantly lower than normal for both men and women.

To confirm their findings, the researchers also conducted a controlled study on pigs, published in the Journal of Proteome Research. In that experiment, blood concentrations of enterolignans were 37% lower in pigs given antibiotics, compared to those who weren’t.

The study authors say that this is the first time an animal experiment has confirmed a direct link between enterolignan concentration and antibiotic treatment. They also say their research on humans is the first to note a difference between men and women.

Antibiotics’ effects may extend beyond plant lignans, as well: There are plenty of other dietary compounds that rely on gut bacteria to convert them into useful forms in the body, the authors point out. It’s likely that these nutrients could be similarly compromised by bacteria-disrupting antibiotics, they write in their paper.

Dr. Emeran Mayer, a gastroenterologist at UCLA Health, says the new findings “confirm and expand what we currently know about the detrimental effect of antibiotics on the health of the gut microbiome, and of our own health.” (Mayer, author of The Mind-Gut Connection, was not involved in the new research.)

The fact that antibiotics had such a long-term effect on the ability of microbes to metabolize lignans is particularly interesting, Mayer says. “Even though the composition of the gut microbiome may return to pretreatment levels, their function appears to be compromised for much longer,” he adds.

Unnecessary use of antibiotics is strongly discouraged by scientists—not only because of growing concerns over antibiotic resistance, but also because it appears to reduce microbial diversity in the gut. Mayer believes that the latter is linked to the rise of autoimmune diseases; colon, prostate, and breast cancer; and the metabolic syndrome in the developed world.

He adds that antibiotics aren’t just overprescribed by doctors, but that they’re also given to farm animals, fish, and poultry that are raised for food. “Consumers should be aware of the contamination of all our mass produced food supply with antibiotics,” says Mayer, “and should greatly reduce therapeutic consumption of antibiotics whenever possible.”

In other words, this study suggests yet another reason not to bug your doctor for a quick-fix prescription when you might not need one—and to shop for antibiotic-free meat and fish whenever you can. It’s good for your gut, and may help you get the most out of your healthy whole-grain habit, too. 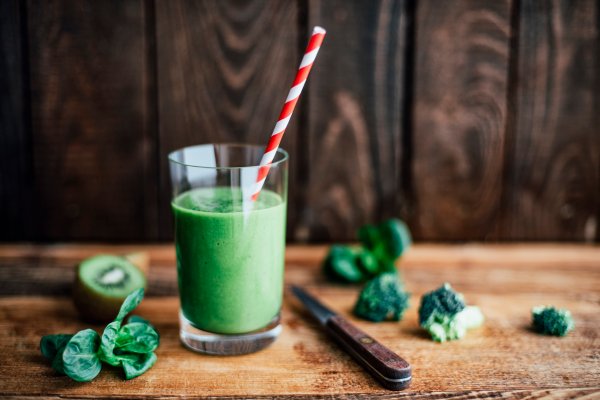 8 Ways to Stay Energized All Day
Next Up: Editor's Pick