Fyre Festival Was Awful, But It Had Nothing on Woodstock: A Brief History of Music Festivals Gone Wrong

In 2017, the world gawked with unabashed schadenfreude at the “luxury” Fyre music festival’s slow-motion implosion on a Bahamian island. Everything from logistics to security, food and accommodation went wrong at an event described as Rich Kids of Instagram meets Hunger Games. The catastrophe would later be documented in not one but two documentaries dropped the same week in early 2019, one on Netflix and one on Hulu. But while Fyre was an epic fail, it wasn’t the first music festival to have encountered major problems (if, indeed, the hastily aborted Fyre can actually be counted as a “music festival”).

Though it is fondly viewed through the prism of history as a creative flowering of love and peace, the mother of all festivals, 1969’s Woodstock—which took place 50 years ago this August—was declared a disaster area at the time by New York Governor Nelson Rockefeller. Organizers failed to construct fencing and ticket booths in time, allowing the site to be overrun by 400,000 people when only half that many were expected. Roads became impassable for miles around. Food and water quickly ran out, forcing the Army to airlift in supplies. Two people died: one of a drug overdose, the other run over by a tractor. There were 5,162 medical incidents reported, including eight miscarriages.

Here are other grim milestones in the long history of music festival hardship.

Seen as the death knell of 1960s innocence, Altamont was ironically intended to prolong the life of Flower Power. Held at the Altamont Speedway in northern California in December 1969, just six months after the fiasco of Woodstock, it was intended by its organizers to be a Woodstock of the West Coast—only better.

Instead, the free concert where groups like the Grateful Dead and Rolling Stones performed became most notorious for the four deaths that took place there—to say nothing of multiple issues of crowd control, security and event management. The most notorious fatality was that of 18-year-old student Meredith Hunter, who was stabbed in the back by a Hell’s Angel, members of which were, inexplicably, hired as security personnel for the festival. One 19-year-old drowned and two festival-goers were fatally run over.

Woodstock’s 30th anniversary concert was held at the Griffiss Air Force Base in Rome, N.Y., — a site officially designated as contaminated on account of multiple hazardous wastes disposed in landfill and dry wells across the base during 50 years of military operations. That set the tone for a disastrous weekend.

Overcrowding was rampant on account of widely counterfeited festival passes. Security volunteers walked off the job and the atmosphere deteriorated. Cases of sexual assault and rape were reported and the weekend ended in literal flames, as crowds set fire to cars, tents and booths, forcing authorities to send in New York State Troopers to restore order.

With 40-plus-year history, the British contemporary music festival is a pop culture cornerstone. Recent headliners have included everyone from Kanye to Coldplay and Adele, alongside appearances by such luminaries as the Dalai Lama and Stephen Hawking.

More than anything else, the 2005 iteration of Glastonbury will be best remembered for the epic downpour and thunderstorm that pushed back its opening day. Scores of tents were washed away and portable toilets sank in the mud, while the stage and some power lines were affected by lightning, the BBC reported. Several attendees were photographed swimming after their possessions.

British stoicism naturally came to the fore, and the festival went on as usual. Judging by fans who responded to the BBC’s call for reviews, many even had a good time.

Inclement weather turned the 8,000-acre Georgia farmland site of this ill-starred outdoor EDM festival into a massive swamp, which in turn played havoc with transportation. Carparks and drop-off points were rendered unusable, and shuttle services were cancelled. In a bid to control the chaotic build-up, organizers decided to restrict access to the event’s Sunday program to those with camping tickets only—infuriating festival-goers who had bought day passes.

The lack of transportation mean that people who wanted to leave the site could not do so without trekking for miles. Many slept, exhausted and starving, by the side of the road. One attendee said “they left us to rot like walking dead!” Comparisons were even made to — you guessed it — “the Hunger Games.” Read Vice’s hellish account of it here. 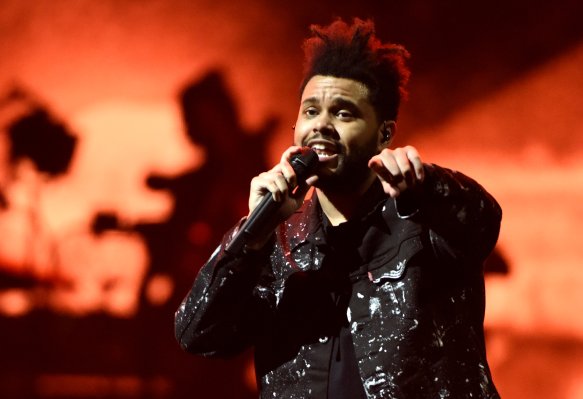 Beyoncé, Eminem, and the Weeknd Will Headline Coachella
Next Up: Editor's Pick