How the U.S. Prepared for Nuclear Catastrophe

Raven Rock: The Story of the U.S. Government’s Secret Plan to Save Itself—While the Rest of Us Die, released May 2, recounts the history of “how nuclear war would have actually worked — the nuts and bolts of war plans, communication networks, weapons, and bunkers — and how imagining and planning for the impact of nuclear war actually changed.” Raven Rock is the name of the military installation built in the late 1940s near Camp David, in case of disaster during the Cold War. As Graff’s subtitle indicates, not everyone was invited to take shelter.

Through his research, Graff reveals how ineffective plans for nuclear disaster actually are when put into action. The problem with org charts and instructions? Humans. Take Graff’s example of then Supreme Court Chief Justice Earl Warren: when the judge was told he would have access to a secure facility in an emergency, he refused, saying, “I don’t see a pass for Mrs. Warren.”

Policies put into place in case of nuclear disaster also changed throughout the years, as different presidents took leadership and the scale of the Cold War grew to the point that officials realized only a certain number of Americans could survive a nuclear attack.

“During the Truman, Eisenhower and the Kennedy years, there was a much better push with the idea that the civil population could be protected,” Graff said. “The scale of nuclear war grew to the point that that was no longer feasible.”

Graff said it was too difficult for nuclear disaster planners to figure out how save the entire country.

“It’s too hard to keep people scared enough that every family will have a shelter,” he said. “The planners were like, ‘This is going to be too much to save America. So, we’re going to try to figure out how to save the idea of America.'”

These days, the fear that most Americans would perish in an attack while government officials are led to safety has sort of flipped. Graff says that following the Sept. 11 terror attacks, many people were terrified that future tragedies would entirely target the government instead, leaving the U.S. without any leadership.

“We don’t have a good understanding of who takes over after that,” he said.

Exploring the history of doomsday preparation raised, for Graff, several questions about how President Trump and his administration are reshaping current plans.

“As we think about Russia and North Korea, these questions are more relevant today,” he said. “We just don’t know what [Trump] is doing or who might be appointed to some of these secret roles after a catastrophic incident.”

Graff said plans for a nuclear disaster today “absolutely exist,” although they remain classified. But imagining what those may be fascinates him. 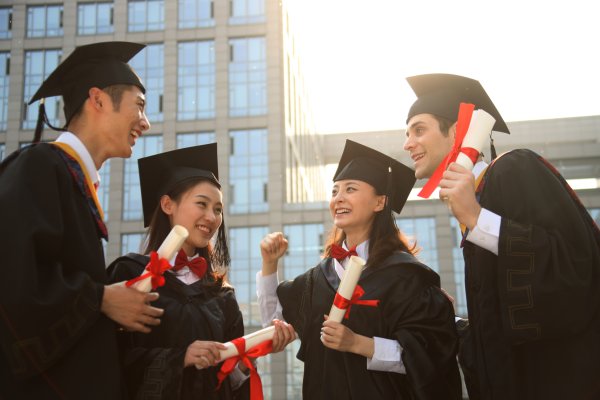 A College Degree May Be Outdated
Next Up: Editor's Pick