Why Tai Chi Is As Good For You As CrossFit

You’ve probably seen groups of people practicing tai chi in a park, so you have some idea what it’s all about. Slow, mindful movements. No weights. Low intensity. The practice combines aspects of ancient Chinese medicine, philosophy and martial arts, and it’s the antithesis of most modern exercise programs that emphasize fast, vigorous activity.

Indeed, certain parts of tai chi are thousands of years old. But while tai chi may look mundane—even boring to some—experts who’ve studied it say its benefits are vast and hard to oversell.

Tai chi is a richly researched exercise, with health improvements ranging from better blood pressure scores to a sharper mind. “We’ve seen improved immunity to viruses and improved vaccine response among people who practiced tai chi,” says Dr. Michael Irwin, a professor of behavioral sciences and director of the Mindful Awareness Research Center at UCLA. During the past 15 years, Irwin has published more than a dozen studies linking tai chi to lower rates of insomnia, depression, illness and inflammation.

It holds up when compared to other more strenuous types of exercise. “Over time, we see people who do tai chi achieve similar levels of fitness as those who walk or do other forms of physical therapy,” Irwin says. One study in the American Journal of Epidemiology concluded that tai chi was nearly as effective as jogging at lowering risk of death among men. Another review in PLOS One found that the practice may improve fitness and endurance of the heart and lungs, even for healthy adults.

MORE: How Kickboxing Can Change Your Body and Your Life

Part of that is due to tai chi’s soothing effects on the sympathetic nervous system (SNS), which tends to activate when a person is under stress. Much like aerobic exercise, tai chi seems to increase hormone and heart-rate measures linked with lower SNS activity, which could partly explain its ties to stronger hearts and lungs, Irwin says.

But how could such low-intensity exercise—something that involves movements with names like “cloud hands” and “lifting a lute”—offer these kinds of fitness perks?

“One of the most striking things we’ve found is that [tai chi’s] physiological impacts can’t be explained by its physical activity component,” Irwin says. It’s the mindful, meditative quality of tai chi that makes it so compelling, and that may explain the practice’s broad benefits.

“I think of it as meditation on wheels,” says Dr. Peter Wayne, director of research at the Osher Center for Integrative Medicine at Harvard Medical School. (He’s the author of The Harvard Medical School Guide to Tai Chi, in which he references more than 600 academic papers on the health boons of the practice.) “You’re getting all the cognitive pieces you might get from meditation—mental clarity and focus and positive thoughts and lower stress—but you’re also getting physical exercise.”

MORE: Why Running Is Such Perfect Cardio

Tai chi may also be a more approachable form of mindfulness training for those who struggle with the sit-and-breathe forms of meditation. “Directing attention to the body and pairing hand movements with balance and flexibility is easier for a lot of people than breath focus,” Irwin says.

Tai chi may be especially healthful for older or sick adults who can’t perform more vigorous forms of physical activity. Among these groups, the practice is associated with improved balance and mobility, reduced risk of falls and better reaction times, Wayne says. A study in the Journal of Rheumatology tied tai chi to reduced pain and stiffness among people who have arthritis. It may also improve kidney and heart function among people suffering from related health issues, according to another study in the Journal of Physical Therapy Science.

But maybe the most compelling reason to give tai chi a shot is its ability to strengthen the connections between your mind and body, which can help you move through life with greater awareness and pleasure. “You might enjoy exercise more than you did before because you’re more mindful of your body,” Wayne says. “Or you may avoid injury or falls because of body awareness.”

It’s a rare aspect of exercise. Unlike almost every other form of physical activity, tai chi demands focus, which is central to its meditative benefits. “Even with yoga, you can do it and have your mind be somewhere else,” Irwin says. “It’s very hard to do tai chi and not be present.” 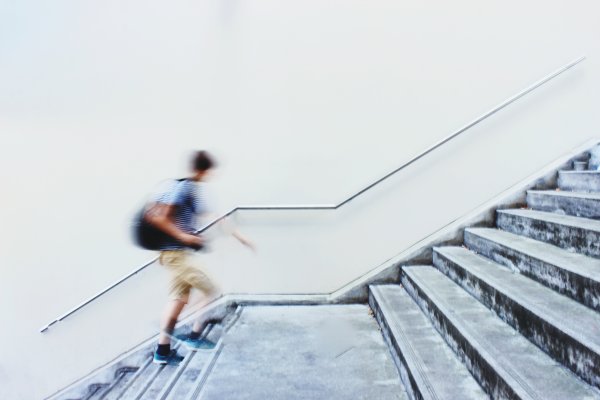 Here's How To Have More Energy at Work
Next Up: Editor's Pick