President Trump speaks in the Kennedy Garden of the White House on May 1, 2017.
Alex Wong—Bloomberg/Getty Images
Ideas
By Matthew J. Slaughter

Slaughter is dean of the Tuck School of Business at Dartmouth.

President Donald Trump’s executive order, entitled “Buy American, Hire American,” calls for a review of America’s H-1B visa program, which is the main route by which U.S. companies can hire skilled foreign nationals. “We are going to protect our workers, defend our jobs and finally put America first,” the President said.

Few Americans will dispute these aspirations. Yet implicit in such rhetoric is that America does not need immigrants to meet its talent needs. This notion is mistaken. The data reveal a far different reality: American students trail their peers in too many countries, and American companies struggle to fill too many high-skilled positions that would allow them to thrive.

Start with the recently released results of the Program for International Student Assessment (PISA). Every three years, PISA measures how well 15-year-old students throughout the world — 72 countries in the 2015 wave — “have acquired key knowledge and skills that are essential for full participation in modern societies.” How did American kids do? Decidedly mediocre.

In reading literacy, American students scored an average of 497 out of a possible score of 1,000—just four points above the average across the 33 other industrialized countries that belong to the Organization for Economic Cooperation and Development (OECD). Twenty-three countries scored higher: from the top two performers Singapore (535) and Hong Kong (527), to other large economies like Canada (527) and South Korea (517).

The story was similar in science. American students scored an average of 496, just three points above the OECD average, and below 24 other countries such as Singapore (556), Japan (538) and Germany (509).

Thirty-nine countries — that is, more than half of those studied — averaged better than the United States overall. American was even beat by its own scores from 2012. Three years later, the average reading and science scores fell by one point, the average math score by 11 points.

It is often said that the jobs of the future will place a large premium on high competency in precisely the disciplines measured on the PISA test. This is true. But many of those jobs of the future exist today, and many of them are simply going unfilled because too few Americans have the skills needed to fill them.

Consider research from the Career Advisory Board (CAB), an organization which tracks the U.S. labor market. Its recent survey of 501 executives, hiring managers and human-resource specialists found only 11% who think that U.S. higher education is “very effective” in graduating students with the skills their organizations need. Fully 62% of respondents said students today are unprepared for their talent needs.

Today, there are more than half a million estimated job openings in computing. How many students graduated from U.S. colleges and universities last year with degrees in computer science? About 43,000, according to Code.org. The U.S. Bureau of Labor Statistics is currently predicting that by 2020, there will be 1.4 million more software-development jobs in America than workers with the skills needed to fill those jobs.

The under-performance of American students relative to the needs of companies is not a new story. The foreboding “Nation at Risk” report, which equated eroding educational attainment with “an act of war,” was published by Ronald Reagan’s National Commission on Excellence in Education in 1983. But given how long this story has been playing out, its costs today have become very large. Slow productivity growth, wage stagnation, falling rates of entrepreneurship: all these related and intractable problems reflect, to varying degrees, too many American students being too unprepared for the modern workforce.

In today’s competitive global economy, what has rapidly become a new story is how strong the demand for foreign-born talent from companies in America is. On April first, the U.S. government began accepting applications for the 85,000 new H-1B visas it will issue at the start of the next fiscal year. For the third consecutive time, the government stopped accepting applications for the year after just five business days because it had already received a flood — this year, 199,000.

The desire to create good American jobs at good wages is indeed a worthy one. But no presidential executive order can simply will that desire into reality. We all need to start from the bracing facts. America faces a yawning skills gap that will take a lot of time and approaches to close. Any reform to the H-1B visa program should start with ensuring full enforcement of all existing laws and regulations, and then should be guided by the principle of expanding America’s access to the skills of the world. 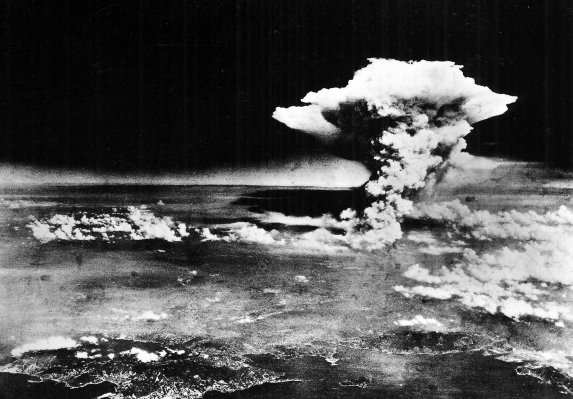 How the U.S. Prepared for Nuclear Catastrophe
Next Up: Editor's Pick