How Much Caffeine Can You Safely Consume?

Whether we’re starting our day with a strong cup of coffee or indulging in a mid-afternoon pick-me-up (preferably of the dark chocolate variety), caffeine is a drug that many of us don’t want to quit. And thankfully, we don’t have to: A new scientific review offers reassurance that, in moderate amounts, caffeine is perfectly healthy.

Specifically, the paper confirms the results of the last big review done on caffeine safety, way back in 2003: that intake levels of up to 400 mg a day, or about four 8-ounce cups of coffee, are not associated with health risks for adults. (Yay!) The results, published in Food and Chemical Toxicology, were presented over the weekend at the Experimental Biology conference in Chicago.

“After decades of research and thousands of papers, we know a lot about caffeine,” says lead author Daniele Wikoff, PhD, health sciences practice leader at ToxStrategies, a private scientific consulting firm. “And what our findings truly confirm is that having caffeine as part of your daily diet is still acceptable and without adverse effects.”

The new review also found that existing upper limits for pregnant women (300 mg a day) and children (about 1.1 mg per pound) continue to be supported by scientific data, as well. “This should give pregnant women some comfort that they do not need to eliminate caffeine from their diet,” says Wikoff.

Although there’s no change to the current recommendations, an update was long overdue, says Wikoff. Since the widely-cited 2003 review on caffeine was conducted by Health Canada, more than 10,000 papers have been published on the drug’s effects on various aspects of health.

That’s why the North American branch of International Life Sciences Institute (ILSI), a nonprofit foundation dedicated to advancing the understanding of nutrition and food safety, decided to commission an analysis on more recent literature. To start, the Institute recruited ToxStrategies to comb through more than 700 studies conducted on humans and published between 2001 and 2015.

The researchers narrowed those studies down to 426 for inclusion in the review, all of which focused on how caffeine related to five specific topics: toxicity, bone health and calcium intake, cardiovascular effects (including blood pressure and heart rate), behavioral health (including headaches, mood, and sleep), and reproduction and development (including fertility, miscarriage, and birth defects).

Despite all the new research, the paper’s conclusions remain generally the same as the previous review’s. More than 90% of Americans currently consume less than 400 mg a day of caffeine, the authors wrote, and the findings of the new review “support the safety of standard consumption practices in the United States.”

The authors did note that studies on caffeine in children were limited. While they found no need to recommend a change in current recommendations, they do say that more research on this age group would be valuable. (The American Academy of Pediatrics maintains a long-held position that caffeinated beverages, especially energy drinks, should be avoided in children.)

And because research on the general safety of caffeine is so plentiful, they also recommend that future studies shift their focus to unhealthy populations, sensitive groups, and ways that people may be affected differently on an individual level.

To get our best nutrition tips delivered to your inbox, sign up for the Healthy Living newsletter

ILSI North America receives funding from the American Beverage Association and the National Coffee Association. Both organizations “received periodic progress reports but did not participate in any aspect of the systematic review,” the authors note in the paper. In addition to scientists from ToxStrategies, the research team consisted of seven scientific advisory board members from academic institutions across the U.S. and Canada, with expertise in the paper’s different areas of focus.

The studies included in the review looked at a variety of caffeine sources, including coffee, tea, chocolate, other beverages, and supplements, but the review did not evaluate the health effects associated with these different sources separately. When considering your caffeine intake, says Health’s medical editor Roshini Raj, MD, it’s important to keep in mind the entire food or drink.

Plain coffee, for example, is rich in antioxidants and may reduce the risk of heart disease, stroke, and diabetes. Soda and fancy coffee concoctions, on the other hand, can be high in calories or contain artificial sweeteners, while energy drinks can contain sugar and other stimulants that have been associated with health risks.

Dr. Raj also says that just because 400 mg a day of caffeine is safe, that doesn’t mean it’s right for everyone. “We don’t all metabolize caffeine the same way: Some people find that even a little cup of coffee or tea can make them restless,” she wrote in a recent column for Health. “Listen to your body, and if you tend to get jittery, try spacing out your caffeinated beverages,” she added.

If you find that you’re becoming dependent on caffeine, make sure you’re getting enough sleep—or talk to your doctor about why else you might be so tired, Dr. Raj adds. You can always try an all-natural energy enhancer, too: A recent study found that 10 minutes of stair-walking provided a better boost than a 50-mg caffeine pill. 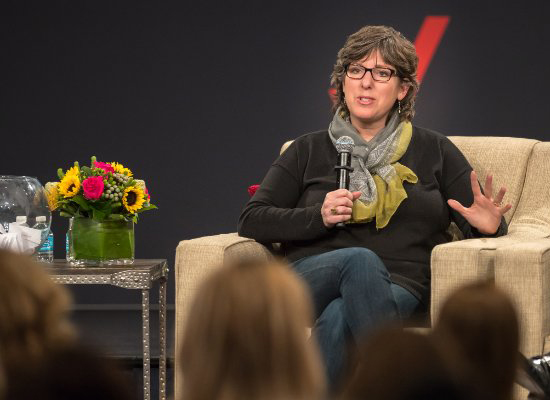 We Need More Role Models for Women in STEM Now
Next Up: Editor's Pick