The long-running animated sitcom that predicted President Donald Trump‘s tenure in the White House, The Simpsons has a new depiction of Trump’s first 100 days in office — and it’s not pretty.

The Simpsons imagines what is occurring within the White House and its subsequent effects on everyday Americans, like Marge and Homer Simpson in a preview for a new episode airing Sunday — just a day after Trump’s real 100-day mark.

With thunder booming outside 1600 Pennsylvania Ave., Trump’s character scrolls through his phone, reminiscing on his accomplishments in the last 100 days

“Lowered my golf handicap, my Twitter following increased by 700, and finally, we can shoot hibernating bears,” Trump said. “My boys will love that.”

His browsing is interrupted when a White House staffer asks he if can read a bill that “lowers taxes for only Republicans.”

“Can’t Fox News read it and I’ll watch what they say?” Trump responds, before turning on the television to see an announcement that first daughter and adviser to the president Ivanka Trump will replace Ruth Bader Ginsberg on the Supreme Court.

For Homer and Marge, who watch the events unravel from their television at home, the 100 days in review is a scary one. Marge runs out of her prescription bills — “This was supposed to last me the whole four years,” she says as she swallows her last one. And Homer comes to Trump’s defense: “Give the President of the United States some time. He’s only 70 years old.”

But the video turns out to be a campaign ad for 2020, and assures its viewers that not all hope is lost.

“One hundred days. We are 6.8% of the way home,” the ad says, revealing an image of monthly calendars for the next four years. “Paid for anybody else, 2020.” 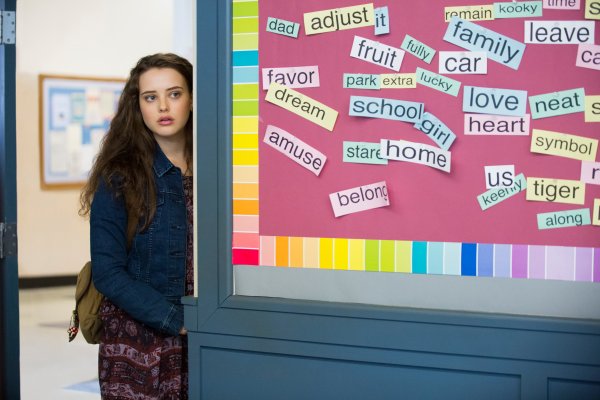 New Zealand Says Teens Who Watch Netflix's 13 Reasons Why Must Be Supervised By An Adult
Next Up: Editor's Pick