Katherine Langford as Hannah in the Netflix Original Series '13 Reasons Why'.
Beth Dubber—Netflix
By Jennifer Calfas

Teens in New Zealand who want to watch the Netflix series 13 Reasons Why will have to do so with their parents.

New Zealand’s office of Film & Literature Classification created a new rating prohibiting anyone under the age of 18 from watching the show without adult supervision after it classified the show’s depiction of suicide and rape as problematic.

The show, based on the 2007 novel by Jay Asher and produced by Selena Gomez, focuses on Hannah, a high school student who kills herself and leaves behind 13 audiotapes labeled for a different person in her life. The tapes detail the events that led to her suicide.

“The show ignores the relationship between suicide and the mental illness that often accompanies it,” New Zealand’s government said. “People often commit suicide because they are unwell, not simply because people have been cruel to them.”

The office of Film and Literature Classification already had ratings restricting views ages 13 and under and ages 16 and under, but created this new one in response to 13 Reasons Why.

The office pointed to the show’s depiction of suicide and mental illness — which has spurred controversy due to what some critics say romanticizes suicide, and others say raises important questions for viewers. The show, the office said, “does not follow international guidelines for responsible representations of suicide.”

“Hannah’s suicide is presented fatalistically,” the New Zealand’s office said. “Her death is represented at times as not only a logical, but an unavoidable outcome of the events that follow. Suicide should not be presented to anyone as being a result of clear headed thinking. Suicide is not preventable, and most people who experience suicidal thoughts are not thinking rationally and therefore cannot make logical decisions.”

New Zealand has one of the highest suicide rates in the Organization of Economic Co-operation and Development, which consists of 13 countries including the United States. The country said while Netflix plays content warnings ahead of each episode, “further steps are required.”

The country’s Sexual Abuse Prevention Network also expressed concern about how rape is depicted on the show, and New Zealand said the network said “the series does not offer any positive examples of appropriate responses to rape disclosures.” 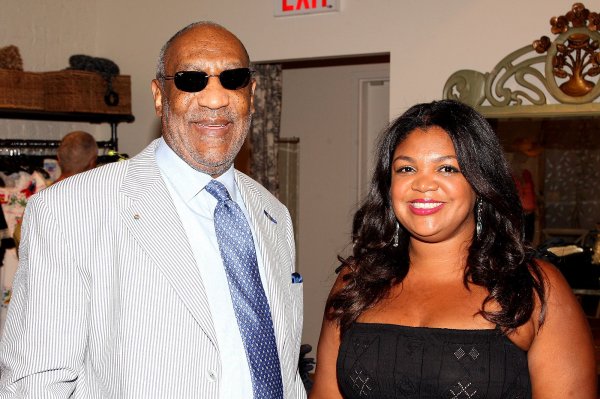 Bill Cosby Reveals That He Is Now Blind
Next Up: Editor's Pick