Bob Ferguson at the Time 100 Gala at Jazz at Lincoln Center on April 25, 2017 in New York City.
Landon Nordeman for TIME
By Katie Reilly

In January, Ferguson’s office filed a lawsuit within 72 hours of Trump signing an executive order barring immigrants from seven predominantly Muslim countries from entering the United States. Federal judge James Robart sided with the state of Washington in a February ruling, putting a temporary halt on Trump’s travel ban.

“There was a lot of uncertainty in the decision, but often in chess, you have to make decisions where the position’s complicated, but in order to win the game, you have to take a calculated risk,” Ferguson said. “It required a calculated risk to file that lawsuit when, at that time, most legal experts thought we were going to lose. That was the conventional wisdom at that point.”

Trump issued a revised travel ban in March, which was put on temporary hold after a federal judge in Hawaii ruled to block the executive order. The 9th Circuit Court of Appeals has agreed to review the order in May. 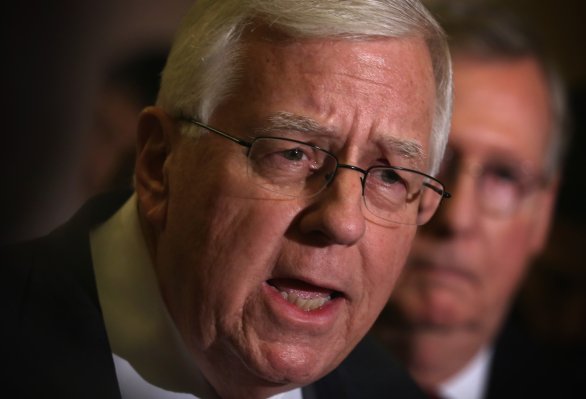 GOP Senator Mike Enzi Apologizes After Saying 'a Guy Who Wears a Tutu' at Bars 'Kind of Asks for It'
Next Up: Editor's Pick