When the votes are counted on Sunday, expect Marine Le Pen, lightning-rod candidate of the far-right Front National, to advance to the second round of France’s presidential election. After a first wave of anxious reaction from across France and around Europe, we’ll hear and read assurances that she probably won’t win the runoff. Comparisons will be made with her father’s surprise second-round appearance 15 years ago—with reminders that the elder Le Pen was then crushed in a head-to-head contest with Jacques Chirac. Other stories will be written to explain how, even if she wins, she can’t keep campaign promises to pull France from the EU and Eurozone, because she won’t have the parliamentary backing or public support to do it.

A warning: Le Pen’s odds of becoming France’s next president are higher than most think. Much will depend, of course, on which of the deeply flawed field of candidates emerges as her second-round opponent. The favorite, Emmanuel Macron, remains relatively untested. He created his En Marche party—yes, the man and his party share initials—just over a year ago. He has little party structure or popular base. Skeptics on the left point to his career in investment banking. Critics on the right cite his service in current President Francois Hollande’s extremely unpopular Socialist Party government. And despite his solid showing in current polls, it’s not clear how many who prefer him will actually vote.

Francois Fillon, establishment candidate of the center-right, has the party infrastructure and broad political base that Macron lacks, but corruption charges have stained his credibility. Leftist firebrand Jean-Luc Mélenchon has proven he can score debating points, grab public attention and fire up a crowd, but his ability to win 50% in a second round is far from assured. Socialist Party candidate Benoit Hamon has become an afterthought, more a drain on Mélenchon’s potential than a true contender.

Le Pen has her detractors, but her base is the most likely to stand in line on election day. We also cannot be sure what the mood will be between the first and second rounds or which stories will define the campaign’s final stretch. Given these unknowns—and the weaknesses of her rivals—don’t believe anyone who tells you that Le Pen can’t win.

What if she does? No, she can’t hold a referendum on France’s EU or Euro membership, because Article 11 of France’s constitution only allows for referenda on questions that don’t require constitutional change, and Article 88 enshrines France’s place in the European Union. Nor will her party win enough parliamentary seats in June elections to form a Front National government. Forced to choose a prime minister from another party, probably from the center right, Le Pen will have little leverage on domestic policy.

But… if she wins, financial markets may well freak out. If global reserve managers, who hold about €700 billion of French government debt, sell off on a large scale, a sharp spike in French government bond yields may create a crisis that reminds us that France, unlike Greece, is “too big to bail.” It’s also possible that ratings agencies would interpret any attempt by Le Pen to keep her campaign promise to redenominate French debt as a “default,” quickly undermining confidence in France’s four “global systemically important banks.” That could trigger bank runs, a wave of capital flight and an uncoordinated exit from the Euro. Le Pen supporters will shrug off these warnings with reminders of predictions of violent market reaction to a win for Donald Trump. But France isn’t the United States. It’s not an investment safe haven. Its financial resilience is much more in doubt.

Le Pen probably won’t be president. But I’d put her chances at close to a coin flip, and the impact of a Le Pen presidency—on France, Europe and the world—are too easily dismissed. 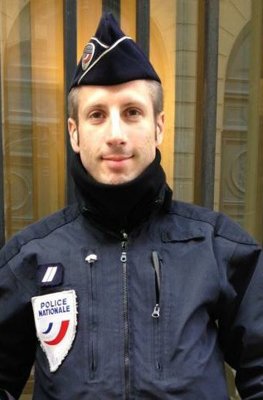