“Friend of mine, great friend of mine,” Trump said of the rare maestro praising Italy’s rich culture. While Trump was perhaps reflecting on his relationship with the bearded tenor before he died, that didn’t stop people from having a field day.

The rare maestro died at 71 in Northern Modena after a year-long battle with pancreatic cancer. He may very well have been friendly with Trump, but Pavarotti’s family were no fans of Trump’s frequent use of Pavarotti’s music at rallies. In July, during Trump’s campaign Pavarotti’s family asked his team to stop playing the late singer’s signature song — a recording of Giacomo Puccini’s aria “Nessun Dorma.”

“As members of his immediate family, we would like to recall that the values of brotherhood and solidarity which Luciano Pavarotti expressed throughout the course of his artistic career are entirely incompatible with the world view offered by the candidate Donald Trump,” the statement read.

People couldn’t stop joking about Pavarotti, the supposed Trump-friendly ghost. Even late night host Jimmy Kimmel evoked the bearded man in ghost form to ask him if Trump was really his pal on Live! See some of the reactions below.

The star of Review had a theory.

And a parody account couldn’t help but weigh in on the clip.

Trump met with Italian Prime Minister Paolo Gentiloni for the first time Thursday afternoon to discuss the Group of Seven industrialized nations meeting in Italy in May. Gentiloni is a member of the Democrat Party and former foreign minister. 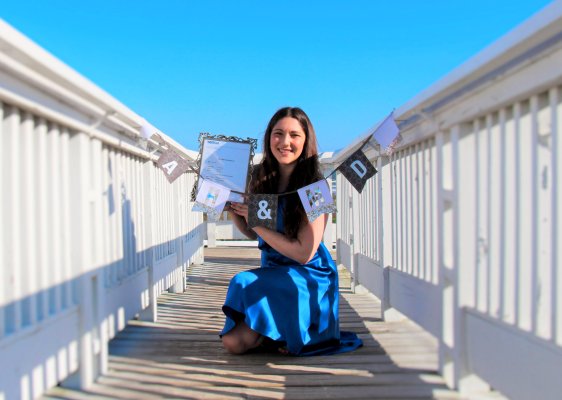 A New Doctor Is "Marrying" Her Degree With a "Graduwedding"
Next Up: Editor's Pick