Imagine a world where scuba diving is the main tourist attraction in the area formerly known as Washington, D.C., and where travelers can spend time in a Las Vegas casino while admiring Nevada’s coastal view.

An ad agency in Boulder, Colo., has released a series of dystopian tourism posters for free, to support climate-change research ahead of the March for Science, scheduled for April 22.

Walden Hyde’s website encourages visitors to “show your support for a climate researcher you love and/or climate research in general” by displaying the posters at home or using them as picket signs at local science marches.

The posters depict the Arches National Park in Utah, which becomes a paddling hot spot; and “the Torch,” the only part of the Statue of Liberty that remains above water.

“Climate action initiatives introduced by the Obama Administration are at risk of being rolled by back right now,” Lucia Robinson, who co-founded the agency and co-designed the posters, told the Huffington Post. “We’d like to see those left in the place, and for the U.S. to take a leadership role in climate science.”

The March for Science was organized in response to proposed budget cuts from the Trump Administration, the gutting of climate-change regulations and an increased skepticism in the U.S. of the existence of global warming. Protesters, who are set to march in more than 500 cities worldwide, advocate support for the scientific community and the importance of scientific research. 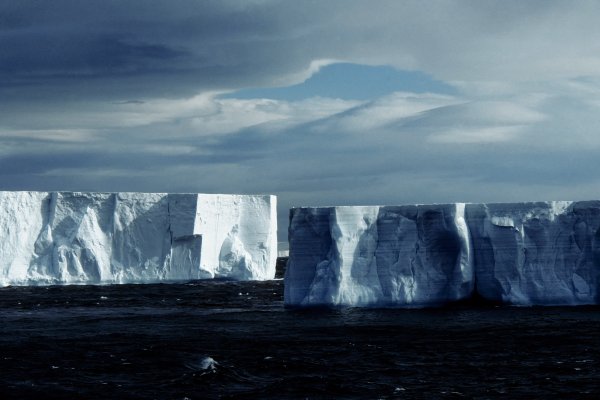