Gretchen Carlson: The Only Way to End Harassment Is to Shine a Light on It

Former Fox News host Gretchen Carlson has called on her Twitter followers to pressure Congress into passing the Fairness in Arbitration Act, which seeks to ensure that all Americans can hold large corporations accountable for wrongdoing in court.

“The only way to end harassment is to shine a light on it. Ask Congress to pass the Fairness in Arbitration Act. No more silencing women!” Carlson tweeted on Wednesday.

Carlson’s tweet came a couple hours after 21st Century Fox announced that Bill O’Reilly would not be returning to Fox News amid accusations of sexual harassment and buy-outs to prevent accusers from speaking out. O’Reilly’s ouster took place after several women came forward to accuse him on sexual harassment.

Last year, Carlson played a significant role in the resignation of former Fox News Chairman and CEO Roger Ailes, who was accused of sexually harassing dozens of women during his tenure. Carlson was the first to file a lawsuit in July 2016 alleging that she was fired from her job weeks earlier — the final day of her contract — for refusing to have sex with Ailes. Carlson received a $20 million settlement from 21st Century Fox in September. 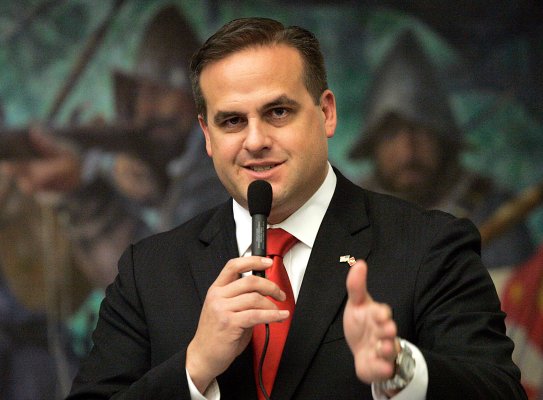 Florida State Senator Who Allegedly Called His Female Colleague a ‘B-tch’ Apologizes
Next Up: Editor's Pick