What to Know About the Accusations that Brought Down Bill O'Reilly

“After a thorough and careful review of the allegations, the Company and Bill O’Reilly have agreed that Bill O’Reilly will not be returning to the Fox News Channel,” 21st Century Fox said in a statement.

Here’s what to know about the claims that led to his removal:

He allegedly paid settlements to women in exchange for their silence

On April 1, the New York Times reported that O’Reilly and 21st Century Fox had paid five women, who worked for O’Reilly or appeared on his show, a combined $13 million to keep them from pursuing litigation or speaking out about sexual harassment accusations against the O’Reilly Factor host.

Other women have since come forward

In addition to the five women who were paid settlements, two other women spoke to the Times about inappropriate behavior by O’Reilly, and more women came forward with sexual harassment accusations in the wake of the Times investigation.

“This is what happens when women speak our truth: we can slay dragons,” Bloom said in a statement Wednesday, responding to O’Reilly’s departure. “I am very proud to have stood with my brave clients who stood up for themselves and all the silenced women.”

“Fox News should have fired him in 2004 when the first complaint was made, but at least they did it now,” Bloom said.

The accusations spurred an advertising exodus

Dozens of companies withdrew their advertisements from The O’Reilly Factor in the days following the initial Times report, facing pressure from customers and women’s rights groups.

The National Organization for Women (NOW) quickly called for O’Reilly to be fired and later praised his removal, while demanding an investigation into “the culture of sexual and racial harassment at Fox News.”

“O’Reilly deserves this downfall,” NOW President Terry O’Neill said in a statement Wednesday. “The many sexual harassment allegations leveled against him reveal a clear and ugly pattern of misogynistic behavior. It would be an insult to women everywhere to allow him to retain his coveted primetime television slot.”

O’Reilly’s attorney has dismissed the accusations

O’Reilly has denied the merits of the harassment claims. The day before O’Reilly’s departure was announced, his attorney condemned the accusations as part of an “orchestrated campaign” to “destroy” the longtime host.

“Bill O’Reilly has been subjected to a brutal campaign of character assassination that is unprecedented in post-McCarthyist America,” attorney Marc Kasowitz said in a statement Tuesday night.

“This law firm has uncovered evidence that the smear campaign is being orchestrated by far-left organizations bent on destroying O’Reilly for political and financial reasons,” he said, without detailing the evidence. “That evidence will be put forth shortly and it is irrefutable.”

In a statement, O’Reilly called the claims “completely unfounded.” 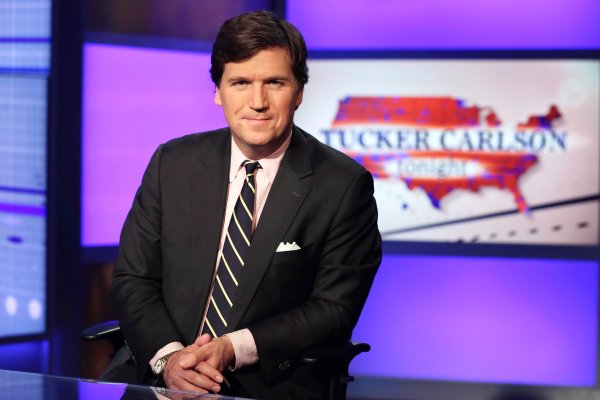 Tucker Carlson Will Take Over Bill O'Reilly's Time Slot on Fox News
Next Up: Editor's Pick