You Asked: How Many Steps Should I Take a Day?

Since the advent of the Fitbit and other step-counting activity trackers, most people have absorbed the idea that taking 10,000 steps a day is the benchmark for a healthy life.

While scientists are usually leery of round numbers, there’s some good data to support that 10K target. Back in 2000, a Japanese team found walking 10,000 steps every day could improve blood pressure scores among men with hypertension. More research has linked a 10,000-step habit to a reduced risk for cardiovascular disease, better psychological well-being, weight loss and improved body composition.

But two new studies suggest that a higher threshold for steps—15,000 or more—may be a better daily goal.

One of those studies, published in The Lancet, looked at an isolated group who live in the Bolivian Amazon and have some of the healthiest hearts on record: the Tsimane. “In terms of the Tsimane’s coronary calcium scores, which are a very sensitive measure of artery disease, their hearts were on average 28 years younger than [Americans’],” says study coauthor Dr. Randall Thompson, a cardiologist at St. Luke’s Health System in Kansas City.

Thompson and his colleagues found that the Tsimane spend roughly five or six hours a day on their feet and engaged in physical activity. That translated, roughly, to about 15,500 steps a day for women and more than 17,000 for men, Thompson says.

The second new study, this one published in the International Journal of Obesity, equipped 111 postal workers in the UK with activity trackers for a week to monitor how much they walk and sat. Those who took 15,000 steps or more each day had almost no risk for cardiovascular disease. “For all the millions of years of our evolution, we were on our feet and using our legs for about eight hours every day,” says study coauthor Mike Lean, chair of human nutrition at the University of Glasgow in Scotland. Historically, it would make sense that the human heart and body would be healthier if people spent more time upright and walking, rather than sitting down, Lean says.

Part of the benefit comes from simply not sitting. Every extra hour that a postal worker spent sitting during a typical workday was linked to an additional .8 inches of waistline and a heart disease risk 0.2% greater, says William Tigbe, one of the study’s coauthors and a clinical lecturer at the University of Warwick in England. “Certain healthy metabolic activities that are dependent on leg movement are switched off when legs are not used,” Tigbe says. He mentions “high accumulation of bad cholesterol, fat in blood, and depletion of protective cholesterol” as other risks his study associated with sitting.

However great the benefits, a 15,000-step goal is tough to meet if you don’t happen to be a postal worker. The study authors estimate that doing so would take about 3.5 hours a day—a hefty time commitment for most working adults.

The important thing isn’t necessarily hitting that number, but “for people to reduce sedentary behavior by interrupting prolonged periods of sitting with walking or standing,” Tigbe says.

Other experts say that while a whole lot of steps is good, the focus should be on hitting daily minimums, not pushing oneself to reach daily maximums. “There are incremental benefits the higher you go,” says Catrine Tudor-Locke, chair of kinesiology at the University of Massachusetts Amherst. “But whether 10,000 or 15,000 steps is the point where the skies open up and the angels sing…there’s probably a little too much obsession over how much is optimal.”

Tudor-Locke, who has studied step-counts and their associated health benefits, says the perks seem to diminish the more walking you do. So while 15,000 is better for you than 10,000, “you get the biggest bang for your buck at the low end, or just getting off your couch and getting a few thousand when you used to get close to none,” she says. In other words, shoot for 15K, but if you don’t make it, don’t sweat it.

The crucial public health message is to get at least 5,000 steps a day—and ideally 7,500 or more. Especially if you’re getting other forms of exercise, you don’t have to go nuts trying to hit 10,000 (or more) steps every day, she says. But if you don’t hit 5,000, your health will eventually suffer.

Along with the number of steps you take, the pace and frequency of your walking also matter. “I tell people to try to get at least 3,000 of their steps at a brisk pace, or about two steps per second,” says Tim Church, a professor at Louisiana State University’s Pennington Biomedical Research Center. He also recommends getting out of your chair once every hour to walk at least 100 steps, just to break up sedentary stretches.

“We’re not meant to sit around,” Church says. “When you’re walking, you’re doing what your body is designed to do—so it’s not surprising that the more steps you take, the better.”

The original version of this story misstated the estimated number of daily steps taken by Tsimane men. It is 17,000, not 1,700. 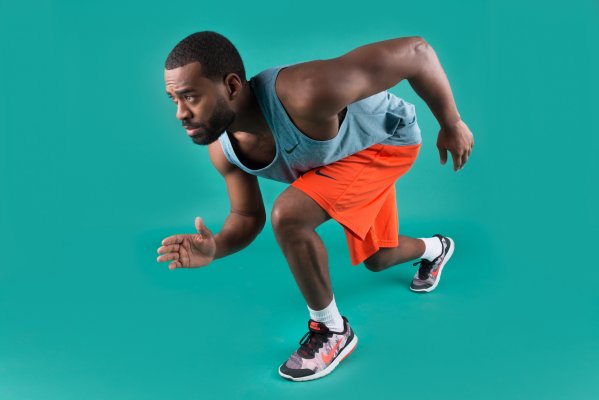 Why Running Is Such Perfect Cardio
Next Up: Editor's Pick