The referendum greatly expanded Erdogan’s power and limited the country’s parliament’s. Turkey’s opposition party has vowed to challenge the results.

International observers called the validity of Erdogan’s Sunday victory into question, citing the counting procedures used in the referendum and acknowledging that the vote took place on an “unlevel playing field.” Erdogan has rejected these critiques, claiming the vote was “the most democratic election” in any Western country.

Earlier Monday, the U.S. State Department released a statement thanking international observers for their preliminary assessment of the report, and mentioning reports of “irregularities” during the referendum vote.

Read More: Erdogan’s Victory in the Referendum on His Powers Will Leave Turkey Even More Divided

While the White House acknowledged Trump congratulated Erdogan, the statement also emphasized that the two leaders discussed the ongoing civil war in Syria.

“President Donald J. Trump spoke today with President Recep Tayyip Erdogan of Turkey to congratulate him on his recent referendum victory and to discuss the United States’ action in response to the Syrian regime’s use of chemical weapons on April 4th,” the White House said in a statement. “President Trump thanked President Erdogan for supporting this action by the United States, and the leaders agreed on the importance of holding Syrian President Bashar al-Assad accountable.” 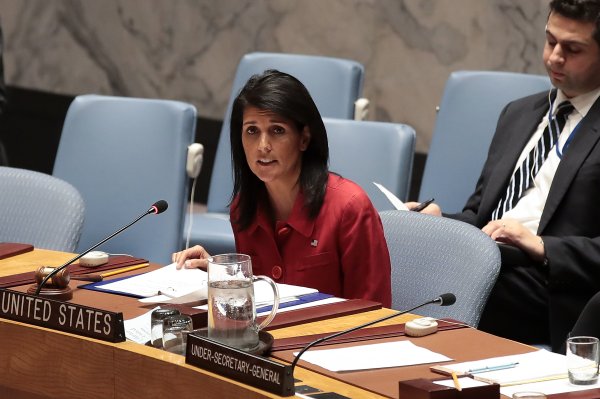