6 Reasons Why Chrissy Teigen's Mom Is the Internet's New Favorite

Model, cool mom, and noted food enthusiast Chrissy Teigen has long been a confirmed Internet sensation — whether it’s playing fairy godmother to Twitter followers by sending them blenders or clapping back at haters online. However, one doesn’t have to look far to see where fun-loving Chrissy gets her sense of humor from — her mother, Vilailuck Teigen, is just as charming and hilarious as her daughter.

Whether she’s sharing adorable pictures of Baby Luna as a proud grandma on her personal Instagram account (worth a follow if you enjoy Casa Teigen-Legend candids) or making comical appearances on Chrissy’s Twitter feed, there’s no doubt that Vilailuck is one of the coolest moms online.

If you don’t believe us, just take a look at the top 6 reasons why Chrissy Teigen’s mom should be your new favorite person to follow online.

She always keeps it real — here, Vilailuck attempted to cook some homemade sausage, but even when the culinary effort didn’t go as planned, she’s okay with letting her followers know that she’s not perfect.

She’s got some major comedic chops — here, she and Chrissy re-enact a scene from Varsity Blues.

She’s a bonafide foodie, no doubt a part of the reason why Chrissy loves food too.

She’s also an excellent cook and helps Chrissy test out recipes for her cookbook.

She’s obsessed with her granddaughter, Luna (but honestly, who isn’t?)

And she’s a proud and supportive mother to Chrissy in all of her endeavors.

She’s the master of Snapchat filters, Bitmoji, and stickers — who’s the last grandma you knew who could do that? 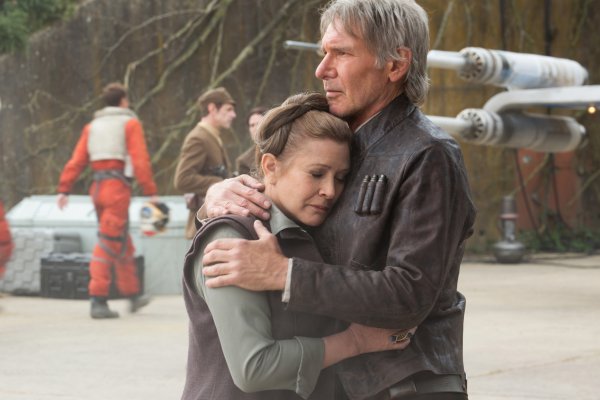 Watch Star Wars Celebration's Moving Tribute to 'One in a Billion' Carrie Fisher
Next Up: Editor's Pick