The Star Wars franchise honored Carrie Fisher Thursday with an emotional montage showcasing the far-reaching impact she had on the galaxy far, far away. During the 40th anniversary panel of this year’s Star Wars Celebration, Lucasfilm aired a tribute to the late actor, who began her journey as the now iconic Princess Leia in 1977’s A New Hope.

Both her daughter, Billie Lourd, and director George Lucas spoke about what Fisher meant to them leading up to the video, with Lucas remembering how he knew she was right for the role of Leia. “She was very strong, very smart, very funny, very bold, very tough, and there really wasn’t much of a question. There are not very many people like her. They are one in a billion,” he said. “She wore a dress through the whole thing, but she was the toughest one in the group.” 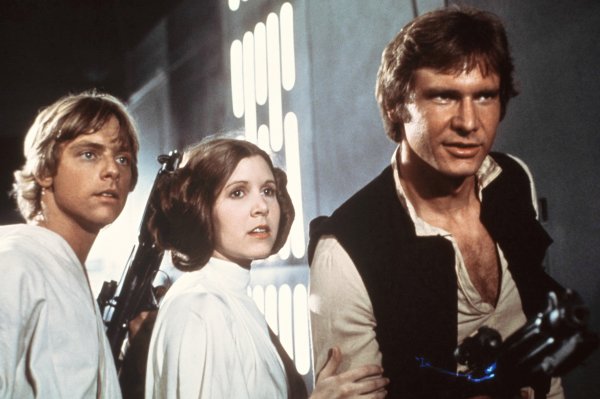