The Internet Had Some Thoughts on President Trump's Chocolate Cake Conversation

President Trump told China’s President about the Syrian aistrike decision over chocolate cake, and it’s lighting up the internet.

In an interview on Fox Business Network on Wednesday, Trump told Maria Bartiromo that the world leaders were eating the “most beautiful piece of chocolate cake that you’ve ever seen” when he notified President Xi Jinping that the airstrikes in Syria would start.

Trump added that President Xi was “enjoying it,” when Trump received the message from generals at this formal dinner he hosted at his Mar-a-Lago club in Florida. Trump told Xi he approved of the airstrikes because Syrian president Bashar al-Assad had used chemical weapons against his own people.

The intersection of politics and food — two online obsessions — led to a predictable swarm of reactions. 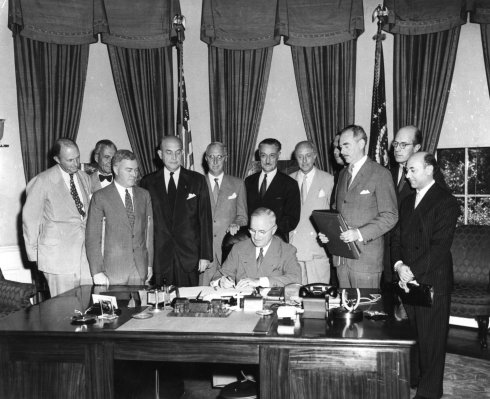 President Trump Is Meeting With a NATO Leader. Here's Why the Organization Was First Created
Next Up: Editor's Pick