If you’ve been considering adopting a dog or a cat, this new study might help you make up your mind: According to research published in Microbiome, children born into homes with pets have higher levels of gut microbes that protect against allergies and obesity. Researchers say that indirect exposure to furry friends is especially beneficial to babies in their first three months of life, and even while they’re still in the womb.

This period appears to be a “critical window of time when gut immunity and microbes co-develop,” says lead author Anita Kozyrskyj, PhD, a pediatric epidemiologist at the University of Alberta. Disruptions to this development process—for example, the introduction of foreign bacteria—can change immunity and have implications for long-term health, she adds.

Kozyrskyj’s study compared fecal samples from 746 Canadian infants. Some of the infants were from families with pets (70% of which were dogs), some were from families who had pets during their pregnancy but not once the babies were born, and some had no recent pets.

The researchers found that babies from households with pets had twice the amount of two specific bacteria, Ruminococcus and Oscillospira, that have been linked with reduced risk for childhood allergies (such as dermatitis and asthma) and obesity, respectively.

Even when pets had been given up for adoption before the babies were born, this benefit was still seen. This shows that pet exposure affected the babies’ microbiomes indirectly, with influential bacteria transferring from the animal to the mother to the unborn child.

The presence of pets in the house during a woman’s pregnancy was also associated with a reduced likelihood that she would transmit group B strep bacteria—which can colonize in the vagina and cause pneumonia in newborns—to her baby during birth.

The study builds on decades of research showing that exposure to dirt and bacteria can help children build up immunity, and that kids who grow up with pets have lower rates of asthma and allergies, says Kozyrskyj. (This effect is strongest with dogs but is true with cats, as well.) “Pets have always been our best friends and they appear to be good for our babies too,” she says.

But further studies are needed to provide definitive evidence that a “dog intervention” during pregnancy can actually prevent allergies. “Our next step is to pursue the ‘does it matter’ question, to determine the allergy and obesity outcomes of studied infants at ages 1, 3, and 5,” Kozyrskyj says.

And of course, allergies and obesity aren’t products of the environment alone; genetics also play a role. It also makes sense that kids with pets have natural protection against allergies, since parents with allergies are less likely to have dogs and cats in the first place.

Health.com: 13 Fun Ways to Work Out With Your Dog

But the study’s results were adjusted to account for whether the mothers had asthma or allergies, and still held true. Kozyrskyj says her team’s findings “are independent of these two possible explanations.”

It’s not far-fetched to think that pet exposure during pregnancy could one day be an official recommendation from doctors, Kozyrskyj says. It’s even possible that scientists could develop a “dog in a pill” supplement, she adds, for mothers to take as a preventative measure against allergies and asthma.

More research is needed for these scenarios to actually happen, however. For now, families have have another reason (on top of plenty already!) to snuggle up to their fur babies—and that includes moms-to-be. 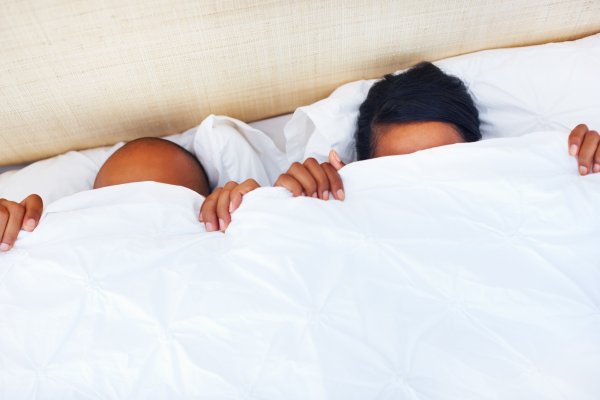 Why Bed Bugs Are Becoming So Much Harder to Kill
Next Up: Editor's Pick