Google: We're "Blind" to Gender When It Comes to Pay

Google has defended its pay equity system, describing it as “blind” to gender, following accusations by the U.S. Department of Labor that the company has a “systemic” problem with underpaying its female employees.

In a blog post, Google VP for ‘People Operations’ Eileen Naughton describes pay equity as a “huge issue,” adding that it is important for the company that “men and women… in the same role are compensated on a level playing field, when they start and throughout their careers here.” Naughton adds that Google was surprised by the Department of Labor’s accusations, saying: “We were taken aback by this assertion, which came without any supporting data or methodology.”

According to Google, every year an employee’s salary (including bonus) is suggested based on their role, job level and job location, as well as their current and recent performance ratings. “This suggested amount is ‘blind’ to gender; the analysts who calculate the suggested amounts do not have access to employees’ gender data,” Naughton states.

In a tweet on Equal Pay Day earlier this month, Google wrote that it was “proud” to have “closed the gender pay gap globally.”

Last year, it was reported that 69% percent of Google’s employees are male, a small increase from the year before. However, only 19% of Google’s cutting-edge technical roles are held by women. 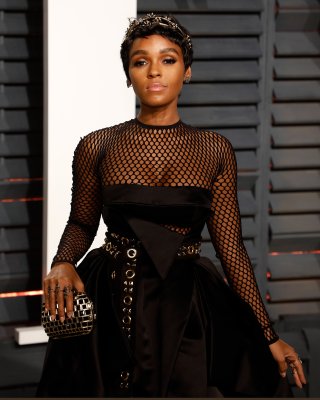 Janelle Monáe: 'People Have to Start Respecting the Vagina’
Next Up: Editor's Pick