John McCain Slams Rand Paul Over Syria: 'He Doesn't Have Any Real Influence'

Sen. John McCain slammed his colleague Rand Paul Friday when asked about the latter’s statement disapproving of U.S. airstrikes on Syria, saying Paul had no “real influence” in the chamber.

“I don’t pay any attention to what Senator Paul says,” he added.

Blitzer had asked McCain about the statement Paul issued condemning the White House’s decision to conduct unilateral airstrikes on Syria without consulting Congress. “I think what we are doing right now is illegal and unconstitutional,” Paul said Friday on Fox Business.

Several other members of Congress have expressed similar concerns about congressional approval. Rep. Adam Schiff said he will re-introduce an authorization for the use of military force against ISIS and al Qaeda when Congress returns to session in two weeks. “Congress cannot abdicate its responsibility any longer and should vote on any use of force not made in self-defense,” Schiff said in a statement. 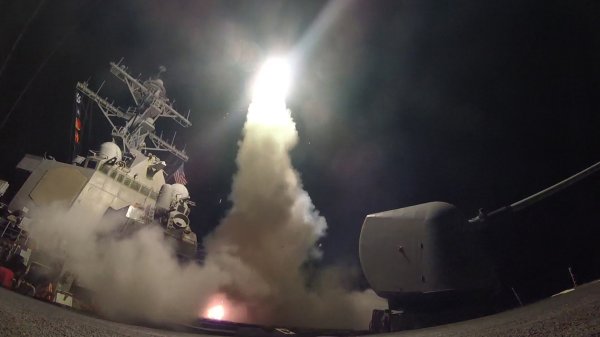 Syria Missile Attack Gets Mixed Reaction in Congress
Next Up: Editor's Pick