'Where Are All These Jobs Trump Promised?' Jay Leno Crashed The Tonight Show to Mock Politics

On Thursday night, Jimmy Fallon strained something after telling a strenuous joke in his opening monologue. But thankfully Jay Leno was on deck to take over monologue duties on his old show.

The tag team effort featured Leno’s signature wry humor, where he riffed on both old news and current events, showing that although he might be a late night OG, he can still keep up with the times.

Leno riffed on his memorable “the economy is so bad” bit, revising it for 2017.

Fallon couldn’t help but get into the fun himself, making reference to the backlash to Kendall Jenner’s controversial Pepsi ad.

“The economy is so bad, Kendall Jenner just did a commercial for RC Cola,” Fallon said.

Watch the rest of Leno and Fallon’s Tonight Show monologue above. 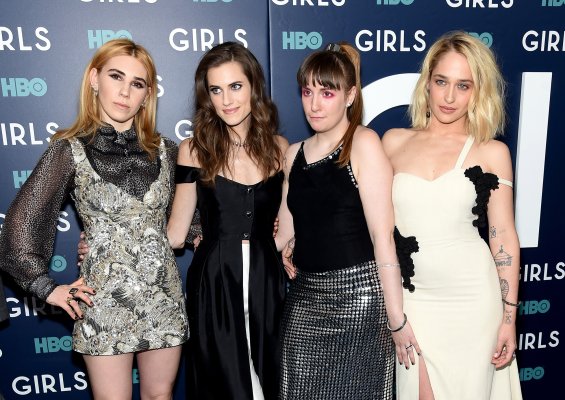 Lena Dunham and the Girls of Girls Are Still Figuring It Out in This Golden Girls Spoof
Next Up: Editor's Pick