It was 20 years ago, on the April 14, 1997, cover of TIME magazine that Ellen DeGeneres, then the star of the sitcom Ellen, confirmed something she’d been building up to for decades: “Yep,” as the cover put it, “I’m gay.”

As Bruce Handy explained in the accompanying article, the announcement shocked more people than it surprised — both Ellen DeGeneres the comedian and Ellen Morgan, her sitcom character, had been the subject of some curiosity on that front for years. She had dodged interview questions by insisting on a sharp distinction between her public and private life, but word that she was planning to have Ellen Morgan come out of the closet had leaked months before the episode aired.

What was shocking, then, was that DeGeneres (and her show’s overlords at ABC) was willing to risk the public’s reaction. She would be playing the first gay lead character on American network television. Some sponsors announced they would pull ads from the show — including J.C. Penney, ironically, as that company would later hire DeGeneres for an ad campaign that would in turn draw its own controversy — and the nation debated whether the show would “legitimize” a facet of life that was still marginalized, or if it merely proved that homosexuality was already accepted by enough of the population that such a plot twist was possible.

When DeGeneres sat down with TIME to talk it over, this was her take on the matter:

TIME readers responded with a wide range of reactions, from commending her bravery to calling the article “an affront to decency in general.” One offended reader summed up his response to her admission in his own three-word confirmation: “Yep, I’m done.” And, even within the story itself, experts in the television industry predicted that DeGeneres’ career would suffer.

But 20 years later, however, it’s clear that no matter how many viewers and readers guessed that DeGeneres might rue her very public coming out, she has little cause for regret. In late 2016, the (still incredibly successful) comedian received a Presidential Medal of Freedom in part for that groundbreaking decision in 1997. 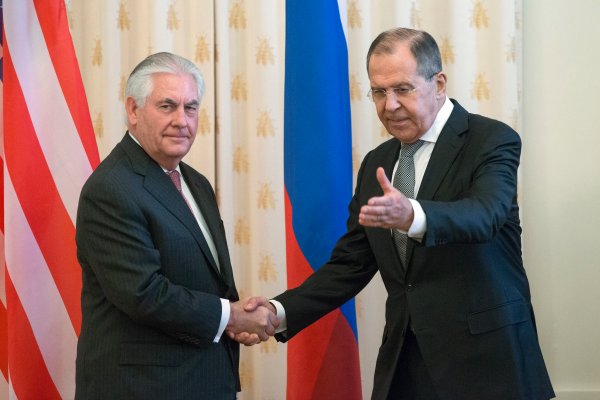 The U.S. Intervened in Syria in 1949. Here's What Happened
Next Up: Editor's Pick