A High Schooler Wrote #BlackLivesMatter 100 Times on His Stanford Application. He Got In

When asked, “What matters to you, and why?” on his Stanford University application, which requested a response of 100 words or less, the high school senior wrote “#BlackLivesMatter” — 100 times in a row.

On Saturday, Ahmed posted his Stanford acceptance letter on Twitter.

Ahmed, who is currently enrolled at Princeton Day School in Princeton, N.J., believed the hashtag, which has become a rallying cry for protests against violence and systematic racism against African-Americans, encapsulated his views on the application’s question.

“When I thought about why, I realized that the insistence on explaining the meaning of the hashtag is inherently problematic and the ‘why’ is embodied in the words themselves,” Ahmed told CBS News on Wednesday. “Declaring the humanity and value of black lives is necessitated by the painful reality that the collective humanity is frequently denied when perpetrators of violence enjoy impunity.”

A Stanford spokesperson told CBS that the school reviews applications “holistically,” but Ahmed stands by his response.

“Right now, there is a political climate that seeks to divide for political gain that emboldens xenophobic sentiments by propagating false narratives, and it is through actionable steps that we can hope to change that,” he said. 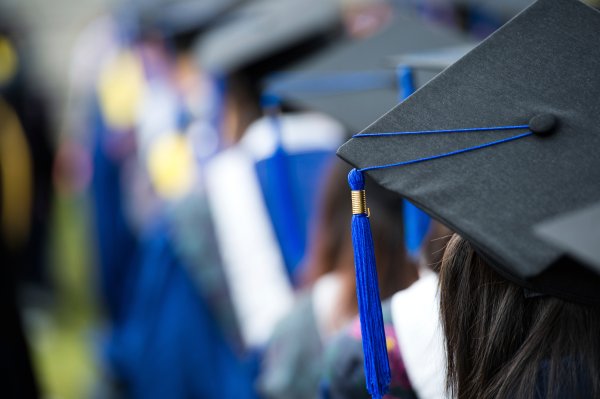 'I Was Shaking.' A New Jersey Student Got Into Every Single Ivy League School
Next Up: Editor's Pick