There’s Bill. There’s Hillary. There’s Chelsea. And now, meet Tyler Clinton. The nephew of the former President and former Secretary of State, 22-year-old Tyler is the son of Bill’s half-brother. He’s nearly six feet tall, just graduated from college and moved to New York, and appears to have inherited the family genes of drive to live a public life.

His path of choice, however, is not political or philanthropic like that of his famous relatives. Instead, this young Clinton is pursuing a career as a model—not just another model citizen. According to his Instagram, he just signed to IMG Models, an agency that also reps millennial stars like Gigi and Bella Hadid and Karlie Kloss, putting him in great company as he sets out to become a power player of a rather different kind.

This won’t be Clinton’s first foray into the spotlight, though. While Bill was in the White House, a young Tyler visited for events like the annual Thanksgiving turkey pardon, during which he was photographed in the arms of his uncle. He also popped up at the Democratic National Convention in 2016 while his aunt was in the midst of her presidential bid. Tyler follows in the footsteps of many celebrity relatives in his generation, like Rafferty Law (son of Jude Law), Kaia and Presley Gerber (children of Cindy Crawford and Rande Gerber), and Levi Dylan (grandson of Bob Dylan), all of whom are also pursuing modeling careers.

Take a look at some of Tyler’s most popular Instagram posts, below. 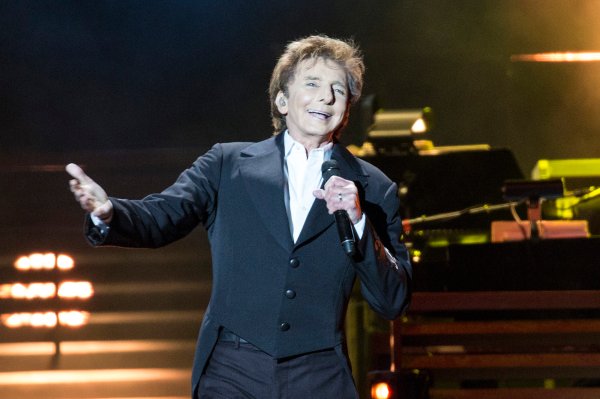 Barry Manilow Opens Up About Marrying Husband Garry Kief for the First Time: 'I'm Proud of It'
Next Up: Editor's Pick