Why the West Coast Is the Epicenter for Food in America

Even the New York-based editors of Food & Wine get it: The West Coast is the best coast.

Take a close look at the 2017 Best New Chefs list that dropped on Monday. Notice a geographical trend? It doesn’t take a mathematician to figure out that half of the chefs are from California, Oregon or Washington. New York, meanwhile, has just one nod.

This list is the latest proof that the West Coast dominates America’s food scene. And it’s part of a bigger trend about how so many New Yorkers are migrating west, about how escaping the New York grind can allow you to live your best life.

Peter Cho of Han Oak in Portland, Oregon, is an April Bloomfield protégé who ran the kitchen at The Breslin in New York. (I still vividly remember seeing Cho run through a sea of hipsters at the Ace hotel to go bear-hug Bloomfield when the New York Times‘s glowing review of the John Dory Oyster Bar dropped.) He’s now in a city where real estate is a lot cheaper, where it’s much easier to have a good time because the cost of living and operating a business isn’t oppressive. So Cho isn’t just cooking and running a restaurant in Portland. He’s throwing raucous BBQ bashes and noodle-and-dumpling nights, powered by Korean flavors and a hip-hop soundtrack and the energy of ready-for-whatever guests in both the dining room and a canvas tent in the courtyard.

Or consider Sara Kramer and Sarah Hymanson, who previously worked together at Brooklyn’s Glasserie. After moving to Los Angeles, where the weather and produce are much better, the duo opened the Madcapra falafel stand at Grand Central Market and then teamed up with Jon Shook and Vinny Dotolo on Kismet at the edge of Los Feliz. Which is to say, these two female outsiders ended up opening a place with the most influential L.A. restaurant-dude operators of the last decade. L.A. is a welcoming community like that, and a city where chefs don’t think much about limitations when they embrace flavors from all over the world. Kismet has a loosely Middle Eastern menu, where the breakfast is “Turkish-ish” and the polenta is made with freekeh.

Cooking on the West Coast is about breaking boundaries, and that’s why you can have something like Val Cantu’s Californios, a San Francisco restaurant from a raised-in-Texas chef who’s elevating Mexican food after staging at Benu and Saison, cooking at Sons & Daughters and then heading to Mexico City and learning in the kitchen of Enrique Olvera’s Pujol. A California-Mexican tasting menu? Yes, of course that’s what people want.

Jealous yet, New York? It’s about to get worse. As you tend to the little bed of plants you have on your fire escape, consider how former punk-scene vegan Jay Blackinton of Hogstone’s Wood Oven in Orcas Island, Washington, “raises his own pigs, digs his own clams, grows his own vegetables.” Or think about how multiple L.A. restaurant insiders have told me that they’ve spotted Jordan Kahn from L.A.’s Destroyer foraging on the side of the road. Yes, that long-haired fella picking that sorrel patch clean is one of the most avant-garde chefs in America. Kahn, we hear, also gets produce from a nearby school.

I love that Grub Street referred to Destroyer as a “very hard-to-define lunch spot” in its piece about the Best New Chefs list. The West Coast doesn’t care at all about definitions when it comes to restaurants. Kahn is free to urban-forage as much as he wants. He’s free to keep things strange, to come up with unlikely flavor combinations (hello, English peas with Job’s tears, gooseberries and frozen cream), to conceal his primary ingredient under secondary ingredients, to manipulate textures and flavors and colors.

It’s borderline impossible to park your car near Destroyer, but there’s always a crowd there. Half of that crowd looks like it’s out of a Portlandia sketch. The other half includes creative entrepreneurs like my friends Chris Williams and Jon Moonves, who just raised $6 million for their children’s-entertainment startup, Pocketwatch. Williams and Moonves are among those who’ve told me that they think Destroyer is really strange. They’re also among those who’ve told me that they keep going back because it’s really cool, too. Kahn, by the way, has worked in some of the country’s most hallowed fine-dining restaurants, including The French Laundry, Alinea and Per Se. But it’s the casual, counter-service Destroyer that’s made him a chef of the moment.

So if you’re one of those New York chefs who’s on the fence about whether you should move to the West Coast, we hope you have some clarity now. Come to make your life easier, to give you and your family more room to grow, to enjoy a better climate, to source better ingredients, to spend more time collaborating instead of competing, to have a chance to take more chances, to be more creative, to have more fun. As one of the countless former New Yorkers who now loves living in L.A., I’m excited to see what happens when you’re on the best coast. 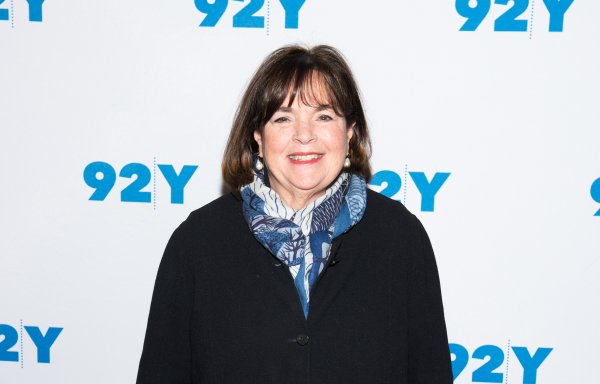