America’s favorite giraffe, April, is about to become a new mom, according to a Facebook post from the New York state zoo where she lives.

April lives at Animal Adventure Park in Harpursville, New York. April will have plenty of company in her delivery room as staff and a doctor are onsite, the zoo said when April was initially believed to give birth in March.

The newest addition to April’s family, which according to a local Fox affiliate already includes three calves, will be a welcome one. Giraffes are categorized as “vulnerable to extinction” on the IUCN Red List, and their number has decreased by about 40% in the last three decades, according to April’s website. 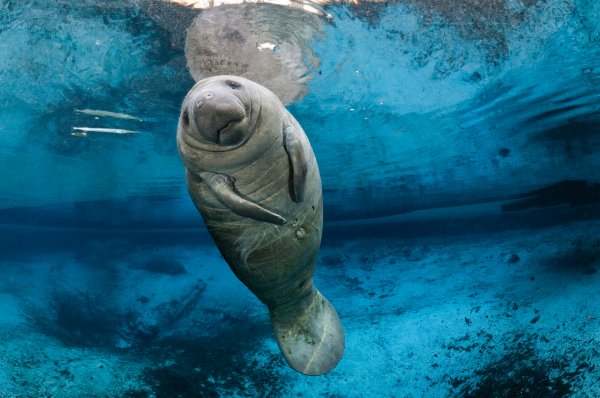 Manatees No Longer Listed as Endangered Species
Next Up: Editor's Pick