Submerged cars sit in a flooded carpark in Toombul, in Australia's state of Queensland, on March 30, 2017
Patrick Hamilton—AFP/Getty Images
By Joseph Hincks

Flooding in the wake of Cyclone Debbie, which barreled into Australia’s northeast coast on Tuesday, has displaced tens of thousands of people from their homes, cut power to at least 100,000, and on Friday led authorities to fear that some might have drowned in the rising waters.

The previous day some towns in northern New South Wales and southern Queensland had received three times the amount of rain they would normally get in a month, the BBC reports.

“There could be people overnight that perished in that flood, we don’t know at this stage,” Mark Morrow of the New South Wales State Emergency Service told the BBC. “There could be some very distressing news.”

Damage assessments are ongoing in northern Queensland, where the Category 4 Cyclone Debbie made landfall earlier this week. Of about 2,000 assessments already carried out, authorities determined the cyclone had rendered 270 properties unlivable. 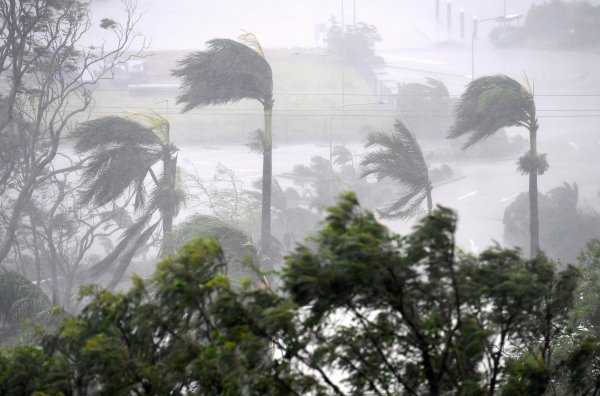