Marco Rubio Confirms His Staffers Were Targeted by Computers in Russia

Florida Senator Marco Rubio said a public Senate hearing on Russian meddling in the 2016 election that his staff members were targeted on two occasions by IP addresses from Russia.

Rubio, a member of the Senate Intelligence Committee, disclosed this information after Clint Watts, a fellow at the Foreign Policy Research Institute, said during his testimony that Russia may have tried to undermine the Senator’s presidential campaign.

“Russia’s overt media outlets sought to sideline opponents on both sides of the political spectrum,” Watts said at the hearing. “Senator Rubio, in my opinion, you suffered through these efforts.”

The remarks about Rubio were not in a prepared copy of the testimony posted on the Senate Intelligence Committee’s website. Watts did not elaborate on why he believes this, and Rubio did not ask about it. His office did not immediately respond to a request for comment.

In November of 2016, Rubio told CBS News he doesn’t think Russian meddling, if it occurred, changed the outcome of the election, but the American people should be aware if there is evidence of a foreign intervention.

Those testifying at the hearing also said Brexit and other European elections should be examined for evidence of Russian interference.

In October, Rubio said he refused to discuss any content from WikiLeaks, which had released emails from Clinton campaign chairman John Podesta, because it was an intentional effort to undermine the U.S. election.

“We cannot be a country where foreign intelligence agencies influence our political process,” he said at the time. “What I would say to my Republican colleagues, some of whom might be disappointed: today its them. Tomorrow it could be us.”

The statement put him at odds with Donald Trump, who often touted Wikileaks. 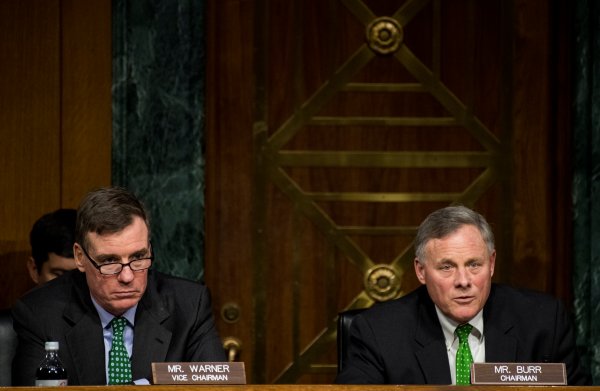