How The Zookeeper's Wife Finds a New Perspective on the Holocaust

Movies about the Holocaust have become their own genre, instantly recognizable by a series of familiar images: yellow stars and striped pyjamas; cattle cars inhumanely packed with people; barbed wire fences delineating the line between death and freedom. The Zookeeper’s Wife introduces a new set of symbols into this cinematic lexicon, entirely surprising but historically accurate: lions and tigers wandering empty city streets, the terrestrial equivalent of fish out of water.

The movie, based on Diane Ackerman’s nonfiction 2007 book of the same name, opens in Warsaw, Poland, in September 1939, just before the Germans began bombing the city beyond recognition. When the bombs come, the people — zookeeper Jan Zabinski (Johan Heldenbergh) and his wife Antonina (Jessica Chastain) — are terrified, but not without warning. The animals, on the other hand, are bewildered, disoriented and frightened by the man-made destruction all around them.

The Zookeeper’s Wife, which hits theaters March 31, is mostly about people: Jan and Antonina and the hundreds of Jews they hid in their zoo throughout the course of World War II, risking their own lives to save others. But it is the expressions on the faces of elephants and camels and kangaroos that offer a window into the war that most filmmakers haven’t, up until now, chosen to look through.

“Isn’t it interesting that animals somehow open up and expand our humanity?” asks director Niki Caro, best known for her award-winning 2002 drama Whale Rider and soon to be best known for Disney’s live-action remake of Mulan. “I think this story offers another way into the Holocaust that allows us to feel in a way that we haven’t felt for a long time, maybe, as time distances us from those events, as many movies have been made.”

As Antonina, Chastain is the picture of quiet strength and intuition. She seems to prefer the company of animals to most humans, as we witness during a dinner party, when she rushes out of the parlor room to revive a newborn elephant that’s not breathing, somehow communicating to its panicked mother that she can be trusted with this precious life. It’s a glimpse of the sort of compassion she will show toward the hundreds of Jews she invites into her home — men, women and children Jan smuggles out of the Warsaw Ghetto beneath heaps of trash he has arranged to remove to feed the pigs he’s raising in the now defunct zoo.

“I think often femininity is equated with weakness, and she shows us that that is not the case,” Caro says of Antonina’s courage. “The fact that it’s a historical story about a woman means that it’s fallen through the seams of history because somehow, women’s stories have not been considered relevant.”

Antonina’s story is relevant in more ways than one. The Zookeeper’s Wife isn’t just about the humanitarian instinct — it is a story about refugees. Ousted from their homes, Warsaw’s Jews were forced to live in dangerously cramped quarters in a makeshift ghetto not entirely unlike the camps where hundreds of thousands of refugees today await resettlement. One shot of the ghetto, still smoldering from the fire that destroyed it and killed thousands of its inhabitants, calls to mind images of Aleppo, a city reduced to rubble where life once flourished. At a moment when nationalism, xenophobia and anti-Semitism seem to be on the rise, the history the movie mines doesn’t feel all that distant.

But the filmmakers didn’t set out with the intention of putting those events in conversation with today’s headlines. “I didn’t realize at the time how much of a contemporary film we were making,” says Caro of the moment a few years ago when she signed on to direct the movie. “It horrifies me that many of the events you see happening in the film are happening in 2017. Sadly, it’s becoming more relevant by the week.”

While Caro hopes, as any director would, that her movie finds a wide audience, she says she’s been particularly heartened by the response from millennials. “They see it happening again, because they’re not stupid,” she says. “I hope that this film will find a large audience there, because I think that’s the generation that’s going to change this.” 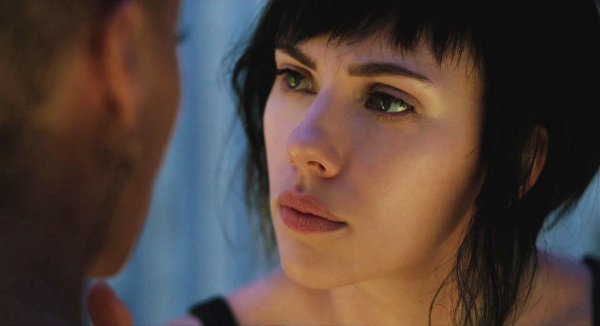 Review: Scarlett Johansson Is a Haunting Riot Grrrl in Ghost in the Shell
Next Up: Editor's Pick