‘This Is the Real America.’ Indian Americans Give the Kansas Bar Shooting Hero $100,000 for a House

Indian Americans in Houston have raised $100,000 to support a man who was wounded while trying to stop a gunman who had opened fire on two Indian men inside a Kansas bar last month.

Ian Grillot, 24, was hailed a hero and a reminder of the “promise of America and its greatness” at a Saturday gala when he accepted a check from India House Houston, a community center in Texas. The group raised the money from local Indian-Americans in just one week to help Grillot buy a house in his hometown in Kansas.

“It is not every day that one meets a genuine hero — a person who risks his life for another, and takes a bullet for a complete stranger,” said Jiten Agarwal, who chairs the group’s annual gala. “Ian Grillot is a man who reminds us of the promise of America and its greatness.”

Grillot survived the February shooting that killed Srinivas Kuchibhotla and wounded Kuchibhotla’s friend, Alok Madasani. The FBI is investigating the incident as a hate crime. Grillot rushed at suspected attacker Adam Purinton as he fired; Grillot was hit in the hand and chest, according to the Associated Press.

“I don’t know if I could’ve lived with myself if I wouldn’t have stopped or attempted to stop the shooter because that would’ve been completely devastating,” Grillot said, according to a statement released by India House Houston. “I do now have a very powerful message and if I can help empower people and spread hope and love, then why not?”

Agarwal told TIME on Tuesday that it was the least organizers could do to thank Grillot for being brave when many would have fled. “I tried to put myself in this situation, and this is going to sound bad, but I think I would have run away from the location,” he said.

Agarwal said Grillot told him during a phone conversation that he planned to settle down after his recovery and buy a house because he has been staying with his parents.

“This is the real America. The real America is what Ian has shown. He risked his life. He saved the life of a stranger, took a bullet. Nothing can compensate for his heroism,” Agarwal said. “We wanted to come forward and show our gratitude to him.” 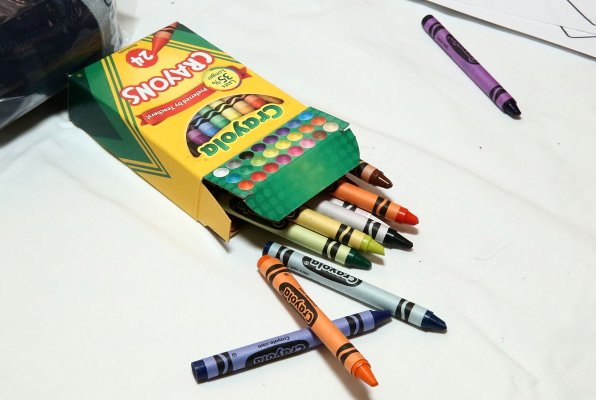 Crayola Is Retiring a Color from Its 24-crayon Box for the First Time in 100 Years
Next Up: Editor's Pick