The Hidden Risk of Running a Marathon

Running is a great workout, and it comes with all of the heart-strengthening benefits of aerobic exercise. But doing it for long distances—like in a marathon—may come with unintended health consequences. A small new study finds that marathon runners can experience short-term kidney injury after the race.

In the study, published in the American Journal of Kidney Diseases, researchers took blood and urine samples from 22 people who ran the 2015 Hartford Marathon, and looked for evidence of kidney injury. The researchers reported that based on the markers they observed in the samples, 82% of the runners had evidence of stage 1 acute kidney injury after the race. The problem appeared to be short-term, and most people’s kidneys returned to normal within 24 to 48 hours.

Still, the researchers say that their findings underline the fact that running a marathon is a stressful event for the body, and that some people may want to be extra vigilant. “We knew we would find something, but I was surprised by the level [of injury],” says study author Dr. Chirag Parikh, a professor of medicine at Yale University. “It’s comparable to what I see in hospitals.”

More research is needed, but Parikh says that people who have no risk factors for kidney disease probably don’t need to worry. People with diabetes or high blood pressure, or people who are older, may want to work closely with trainers and doctors to keep an eye on their kidney health if they’re running marathons.

Though the researchers did not determine how exactly running a marathon can temporarily hurt kidneys, Parikh says the damage may be due to less blood flow to the kidneys, high core body temperature and dehydration. It’s still unknown whether this short-lived kidney injury can cause cumulative damage, or if some people may not recover in the short-term.

The study is not the first to find that marathons can come with health risks. While it’s clear that getting exercise is important, research suggests that more isn’t always better. A 2015 review published in the journal Current Sports Medicine Reports found that while runners in the study lived longer than non-runners, men and women gained the lifesaving benefits of running if they ran at slow or moderate speeds for about one to two hours a week. Among the runners, the people who ran the most had worse survival rates than people who ran less.

Parikh says that his study did not identify who might be at a higher risk, but notes that people over age 40 are increasingly signing up for marathons, and may want to take more precautions. Today, people 40 and older make up nearly 50% of marathon finishers in the U.S., compared to 1980 when this age group made up just 26%.

“Is there a right amount of distance for each person?” says Parikh. “Like everything else, there might be a balance of the benefits and risks. People can find the right distance for them and train their body.” 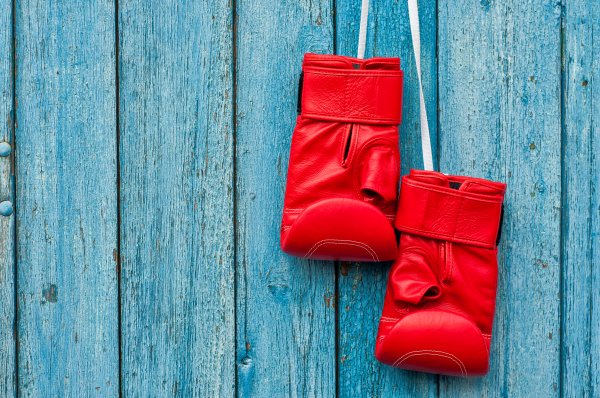 How Kickboxing Can Change Your Body and Your Life
Next Up: Editor's Pick