In the past two weeks, President Donald Trump has walked away from plans to cut the carbon footprint of our cars. He’s proposed defunding a plan to do the same to our power plants. He’s given a green light to the Keystone XL Pipeline and its dirty tar sands. Now he’s poised, as early as this week, to issue orders that would deepen our reliance on the very fossil fuels driving climate chaos worldwide, by opening more federal lands to coal production and further weakening the Clean Power Plan, which promotes energy efficiency and renewable power from the wind and sun.

This is not just another Trumpwellian sideshow. The President is sounding the retreat from the promise of cleaner, smarter ways to power our future. And he’s abandoning the American climate and clean-energy leadership that led the world to the historic Paris Agreement to cut the global carbon footprint.

Since the Industrial Revolution ushered in the age of coal, oil and gas, humans have increased the level of carbon dioxide in the atmosphere by more than 44%, to concentrations not seen in some 3 million years. Nearly half the increase has come since 1980, and 2016 marked the largest one-year spike on record. That carbon pollution traps the Earth’s heat and warms the planet. Last year was the hottest since global record-keeping began in 1880. It was the third record-breaking year in a row. Of the 17 hottest years on record, 16 have occurred in this 17-year-old century.

We all see the results: rising seas, mass extinctions, the spread of disease, widening deserts, vanishing sea ice, withering drought and raging wildfires, storms and floods. This is our children’s future. It will get much worse unless we cut the carbon pollution that comes from burning fossil fuels.

Political posturing will change nothing. Sound policies, though, can enable us to avert climate catastrophe.

Our oceans are pleading an urgent case for change. They cover 70% of the Earth’s surface and absorb more than 90% of global warming. It takes an enormous amount of heat to warm an ocean. Over roughly the past century, ocean temperatures are up 1.35 degrees Fahrenheit. Half that warming has come in the past 20 years.

That increase is a global average. Some waters have warmed much more. Parts of the Gulf Stream, for example, are more than 5 degrees above the long-term average for those waters. The waters of the Great Barrier Reef are so warm they’re causing a mass die-off of coral, imperiling the marine life this natural treasure supports.

The world has seen, though, that we can cut this climate-disrupting pollution, even as our economies expand, by investing in a clean-energy future. In 2016, for the third year in a row, carbon pollution from burning fossil fuels was flat, worldwide, while the global economy continued to grow. In the United States, carbon emissions fell 3%, to their lowest level since 1992, even as our economy grew an inflation-adjusted 1.6%. In China, the world’s largest carbon-emitter, that pollution fell 1%, amid 6.7% economic growth. Energy efficiency and a shift to clean power from the wind and sun are two important reasons for the progress — at home and abroad.

In 2012, U.S. and foreign carmakers helped craft a plan to help do just that. These clean-car and fuel-economy standards put the industry on track to build cars by 2025 that would cut the carbon footprint of the cars, mini-vans, pickup trucks and SUVs we drive by nearly half, through gradual gains in the miles those vehicles get from a gallon of gasoline. Those standards are already saving consumers billions of dollars a year at the gas pump, cutting carbon pollution and helping to reduce our dependence on oil. Earlier this month, under industry pressure, Trump ordered a review of the standards with an eye toward walking back the progress we’re already making.

His 2018 budget proposal, moreover, would defund a plan to cut the carbon pollution from the nation’s power plants. The 2015 Clean Power Plan would reduce those emissions by nearly a third by 2030, giving power companies a decade and a half to achieve the goal. Trump is reportedly poised to direct his Administration this week to eviscerate those standards as well.

Trump’s retreat, though, is not a done deal. Congress controls the budget and should fully fund responsible climate protections. And the car and power-plant standards were built on a solid edifice Trump can’t brush away with the stroke of a pen. They’re grounded in law, based on sound science and informed by the public interest, expressed in millions of public comments from across the spectrum from scholars, industry representatives, environmental advocates, economists and citizen concerns.

It’s time now for citizens to weigh in once more and let the President know we won’t surrender to this threat. The stakes are too high for anything less.

Suh is president of the Natural Resources Defense Council and will be participating in the Peoples Climate Movement march in Washington, D.C., and other cities across America on April 29. 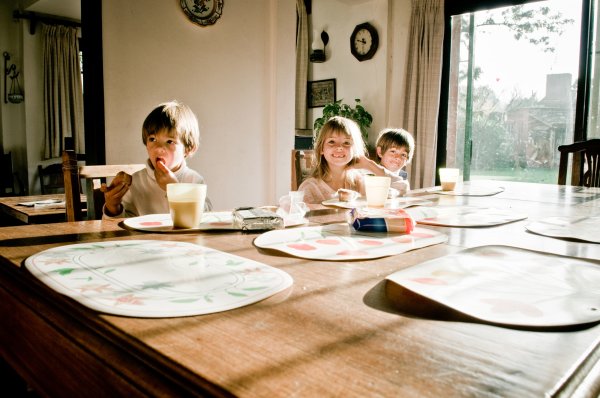 How to Help Your Family Beat Obesity
Next Up: Editor's Pick