Former Secretary of State and 2016 presidential candidate Hillary Clinton called the House Republicans’ failure to repeal and replace Obamacare Friday a victory for the millions people she said would have become uninsured if the bill had passed.

“Today was a victory for the 24, 000, 000, people at risk of losing their health insurance, for senior, for families battling the quiet epidemic of addiction, for new moms and women everywhere,” she wrote in a statement posted on Twitter. “Most of all it’s a victory for anyone who believes affordable health care is a human right.”

House Republicans withdrew the bill from a floor vote after they did not have support to pass it.

Clinton subsequently began tweeting stories of people who she says would have been adversely affected by the passage of the bill.

She also credited constituents for fighting against the proposed legislation. “This victory happened because people in every corner of our country committed their time and energy to calling their representatives, showing up at town hall meetings, and making their voices heard,” she wrote. “We are reminded today that there is no substitute for standing up and defending our values.” 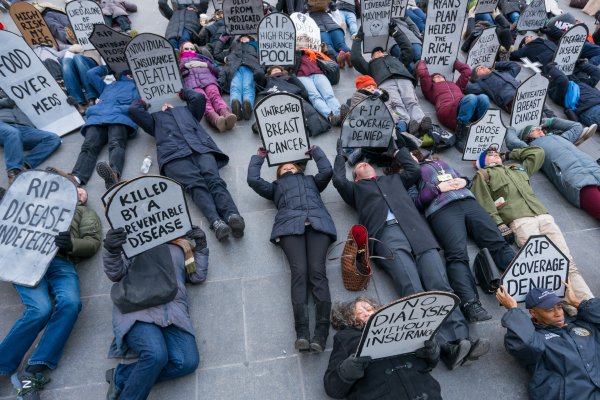 Threat of Obamacare Repeal Motivates Patients to Become Activists
Next Up: Editor's Pick