James Corden doesn’t agree with those who criticized Jimmy Fallon for tousling President Donald Trump’s hair during his September interview on The Tonight Show.

While speaking at PaleyFest Wednesday, the Late, Late Show host came to the defense of his fellow late night pundit, asserting that he felt many were too quick to judge Fallon.

“There was the thing that happened with Jimmy Fallon and he got quite a lot of criticism,” he said, according to Vanity Fair. “I felt that was really unfair because I don’t think anyone asked him the right questions.”

Corden went on to reveal that he would have played a game with Trump if the then-candidate had appeared on his show during the election cycle.

“The game I wanted to play if he came on the show was called ‘Stand By It or Take It Back,'” he explained. “I would read Donald Trump things that he had said on the campaign trail. I would say, [he’d] have two paddles, you can stand by it or take it back. If you take it back, you take it back forever. If you stand by it, you’ve got to tell me why, and I felt like that was such a good game.” 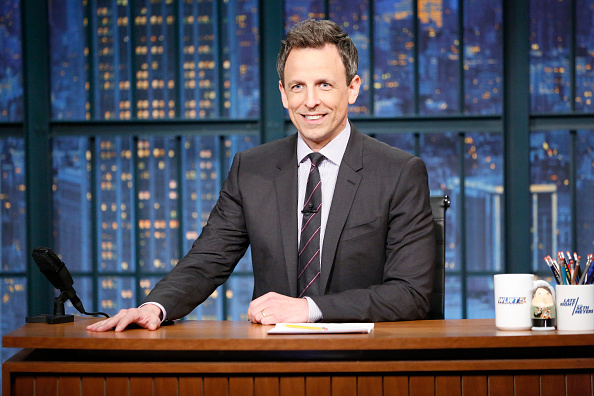 Seth Meyers Dubs Neil Gorsuch's Nomination 'One of the Greatest Thefts in Modern Politics'
Next Up: Editor's Pick