When a President Can't Be Taken at His Word

In April 1966, the streets of America were crime-ridden, Southeast Asia was threatened by “godless communists,” and some radical theologians were weighing the heretical question that TIME asked on its cover: Is God dead? It was “a summons to reflect on the meaning of existence,” and while the story was as much about the state of the church as the health of the deity, it nonetheless inspired angry sermons, heartfelt letters and a lively debate at a time when 97% of Americans told pollsters they believed in God.

Half a century later, I suspect that about as many would say they believe in Truth, and yet we find ourselves having an intense debate over its role and power in the face of a President who treats it like a toy. The old adage that “a lie gets halfway around the world before Truth has a chance to get its pants on” was true even before the invention of Twitter. But it has been given new relevance by an early-rising Chief Executive and his smartphone.

Like many newsrooms, we at TIME have wrestled with when to say someone is lying. We can point out, as we often do, when a President gets his facts wrong. We can measure distortions, read between lines, ask the follow-up question. But there’s a limit to what we can deduce about motive or intent, the interior wiring of the whopper, as opposed to its explosive impact. Even the nature of coverage becomes complicated: social scientists have shown that repetition of a false statement, even in the course of disputing it, often increases the number of people who believe it.

For Donald Trump, shamelessness is not just a strength, it’s a strategy, as Michael Scherer explores in his cover story. Whether it’s the size of his inaugural crowds or voter fraud or NATO funding or the claim that he was wiretapped, Trump says a great many things that are demonstrably false. But indicting Trump as a serial liar risks missing a more disturbing question: What does he actually believe? Does it count as lying if he believes what he says? After a visibly awkward meeting, he tweets, “Despite what you have heard from the Fake news, I had a Great meeting with German Chancellor Angela Merkel.” Where is the line between lie, spin and delusion? Or, as his adviser Kellyanne Conway memorably put it, between facts and alternative facts, the conclusions that he wants the audience to reach vs. the conclusions warranted by the evidence at hand?

During the 2016 campaign, 70% of the Trump statements reviewed by PolitiFact were false, 4% were entirely true, 11% mostly true. Voters were not deceived: nearly two-thirds said that Trump was not trustworthy, including nearly a third of the people who voted for him anyway. Dishonesty in a candidate, far from being disqualifying, became a badge of “disruption.”

Now that he is the President, however, he speaks on behalf of the country, and his words have a vastly different weight. The prospect of a hastily tweeted insult provoking a nuclear-armed rival gives new urgency to the helpful suggestion “Delete your account.” For a leader who condemns the media so viciously, Trump consumes it voraciously, and what he takes in has become a matter of global significance, most recently when he accused President Obama of outsourcing illegal surveillance to British intelligence. If he believes accusations leveled by a pundit on Fox News, whom the network’s own anchors dismiss as uninformed, it reveals a great deal about the sources and standards of evidence the President lives by.

Trust is a transaction between leaders and those they lead. Throughout our history, the deeply held beliefs of various Presidents have taken the nation into war, delayed the pursuit of peace, alienated allies, appeased enemies. At other times, presidential beliefs have conquered the continent, freed the slaves, taken us to the moon because the President firmly believed we could get there. As citizens, it is vital that we be able to believe our President; it is also vital that we know what he believes, and why. This President has made both a severe challenge. 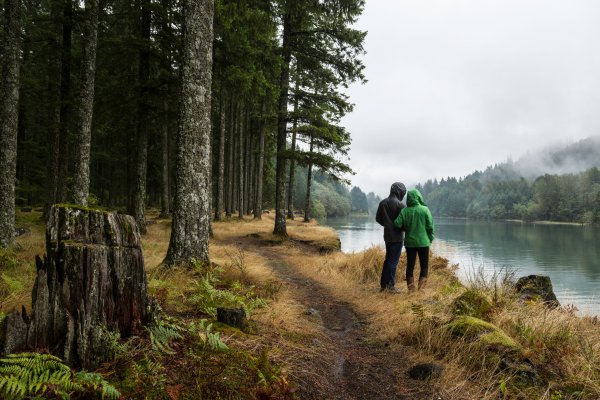 How to Save the World's Forests
Next Up: Editor's Pick