Toast to Your Enemies With These New Game of Thrones Wines

It’s a rare episode of Game of Thrones that doesn’t feature at least one character sipping — or chugging — some wine. So to celebrate the most popular drink in the Seven Kingdoms, HBO has released a line inspired by the medieval fantasy series.

Created by California winemaker Bob Cabral, the three Thrones varieties — Red Blend, Chardonnay and Cabernet Sauvignon — are crafted to embody “the strength of the characters and the terrain of their kingdoms.”

And, of course, each type goes best with a different Westerosi occasion. While the Red Blend is intended for Small Council sessions and the Chardonnay heralds the arrival of spring, the Cabernet Sauvignon is the one worthy of the Iron Throne.

We guess that means it’s the favorite of the resident queen of wine drinking herself, Cersei Lannister.

Game of Thrones wine is available for online purchase here. 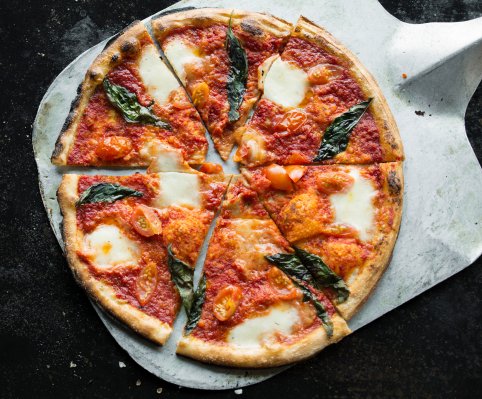 12 of the World's Craziest Pizzas
Next Up: Editor's Pick